Dendias extolled the Greece-Italy partnership both on energy issues and migration. 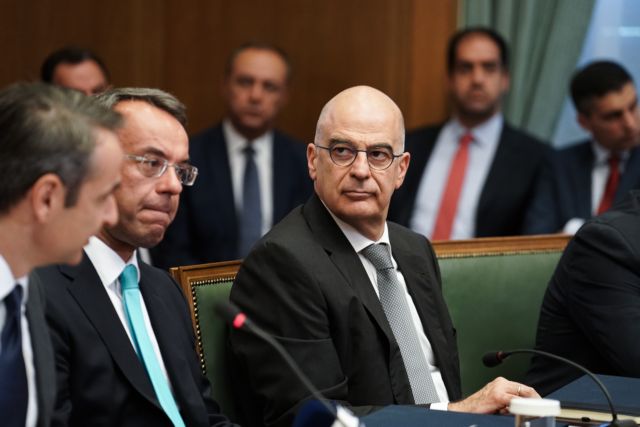 The Minister of Foreign Affairs and International Cooperation of Italy, Enzo Moavero Milanesi, found common ground during talks in Athens with Foreign Minister Nikos Dendias on bilateral relations and on the energy crisis in Cyprus’ Exclusive Economic Zone where the Italian energy giant ENI has received an exploration license which Turkey has challenged.

Dendias extolled the Greece-Italy partnership both on energy issues and migration.

“On this special and sound basis rests the present relationship of close and affectionate friendship as well as the natural and ample convergence of their respective political interests and economic priorities. In particular, the two countries share the same geopolitical position in the Mediterranean Sea and consequently the same challenges and opportunities.

“In this respect, Minister Moavero will propose possible joint initiatives aimed on the one hand, at fostering the overall stabilisation of the area with the cessation of many of the ongoing conflicts and, on the other hand at better regulating the large migration flows through a full and solidarity-based engagement of the European Union Member Countries and Institutions.”

Dendias thanked his counterpart for his support of Cyprus exercising it own sovereign rights in its own EEZ in the face of Turkish violations.

“We talked about the situation in the Eastern Mediterranean, the situation being created by the flagrant violation of the sovereign rights and sovereignty of the Republic of Cyprus.»

“I had the opportunity to thank the Minister for the position he has taken on the issue and his frank expression of his thoughts before the Council of Ministers with his defence of European values and European solidarity,” Dendias said.

«My friend the Minister and I talked about a number of energy issues. We talked about the upcoming completion of the TAP, as well as the matter of the other pipeline, the East Med, which, as you know, is planned to terminate in Italy, and regarding which Greece would like to see the relevant agreement signed as soon as possible. Moreover, we had similar conversations during the visit to Israel and during the visit, together with Prime Minister Kyriakos Mitsotakis, to Cyprus.»