Editorial: The silent elections and the day after

Despite the efforts to persuade voters that the result of European elections is reversible (ND won by a 9.3 percentage point margin), a defeatist climate is looming over the government camp. 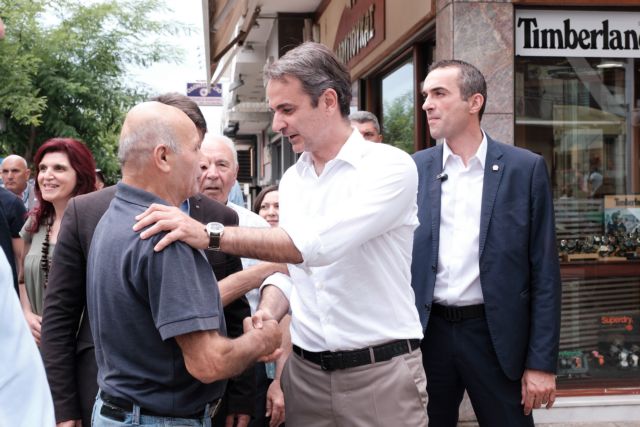 This is the first time in years that Greece has experienced such a subdued campaign period.

Just two-and-a-half weeks before the parliamentary election and with New Democracy maintaining a large lead in all opinion polls everyone appears to have accepted what the result will be.

Despite the efforts to persuade voters that the result of European elections is reversible (ND won by a 9.3 percentage point margin), a defeatist climate is looming over the government camp.

After over four years of SYRIZA rule, the country appears poised to turn a page.

Society is tired and disappointed and the middle class is dissolving.

The next government will shoulder the weighty burden of returning the country to a path of security and stability, and voters expect electoral pledges to be implemented.

Conditions are encouraging despite the vicissitudes in the international climate and the clouds gathering over the Southeastern Mediterranean.

The signals from the markets are positive as they appear to be expecting a period of governmental stability, but that must be demonstrated in practice very swiftly if Greece is to regain its lost credibility.

The spreads on Greek bonds suggest that there is fertile ground for growth and ECB chief Mario Draghi’s announcement that quantitative easing will continue offers yet another window of opportunity.

There is no choice but to restructure the economy and change the mix of economic policy so as to create a climate of growth, as it is obvious that at the current pace one can only expect protracted stagnation.

Bold decisions and strong political will are needed to transcend lingering dysfunctions and chronic ills.

Society has had its fill of hollow promises and dashed hopes.

There is no room for experimentation, partisan arrangements, and a management of interests.

The mandate to be delivered by voters will have an expiration date, and those who will come to power should know this well.

The possibility and opportunity for a new beginning is real, as long as it is not lost in a partisan labyrinth and crushed by a lack of decisiveness.