Editorial: The revenge of history

No one accepts the concept of familial responsibility but the PM himself was never thoughtful about the families of others. 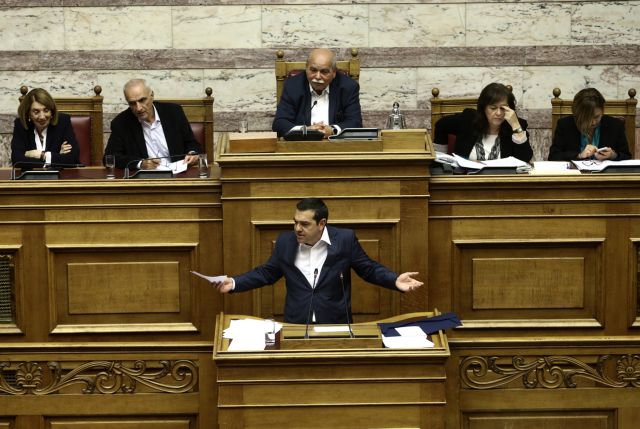 The prime minister has for years posed as the judge and critic of everyone.

From the very start of his political career he unleashed weighty allegations against individuals and groups and he blamed his opponents for all the ills of the world.

He accused them of mismanaging public funds, of being enemies of the people, and of being cynical respresentatives of a horrible political class which served only its own interests, as it was indifferent to the needs of the people.

Mr. Tsipras condemned and publicly denounced stances and behaviours, including the supposed luxurious lifestye of others. He demonised social gatherings and friendly relationships, which he dismissed as the basis of conspiracies and opportunities for corruption and illegal enrichment.

The PM threw the baby out with the bath water. He did not treat people as individuals but instead would declare that they and their families are representatives of the opposing camp, and thus condemnable and worthy of expulsion.

Mr. Tsipras handed his opponents over to the mockery of society and into the hands of miserable party propagandists, who, unhindered, were often motivated by personal interests and their putative sole truth
They put themselves first and passed the buck as regards real or manufactured responsibilities.

That was the basis of the criminalisation of political life supposedly in the name of serving the interests of the Greek people.

Based on this choice, the government carried out its operation to criminalise political life, supposedly in order to defend the interests of the Greek people. It cultivated anti-systemic hatred, division, and split up society.
The PM fancied himself as the censorious Cato the Elder. The difference is that Cato served as censor, fought opulence, and led an almost ascetic life.

In contrast, the PM from the start of his term condemned others’ meetings with prominent business people and their luxurious vacations on the yachts of the plutocracy, even as he succumbed to the goods and services that riches provide, which he was familiar with from childhood as we now know that he came from a well-to-do if not rich family.

Consequently, he accepted vacations on luxury yachts, came to love cigars and expensive clothes, and spent time with dubious business people. He appreciated their coddling and flattery.

Meanwhile, he continued to criticise and mock others by ardently denouncing them. He offended the honor of families and at every opportunity he stressed familial responsibility.

In other words the PM tempted his fate and now he is paying the piper.

For the first time Mr. Tsipras is in an exceptionally difficult situation. The moral advantage that he claimed was burnt by the communications games he played after the deadly Mati wildfire. It was sunk off the coast of Ithaca in a yacht of a member of the plutocracy. It was lost when he defended his coarse tough guy Cretan minister who verbally attacked a disabled candidate.

What is worse, he reached the point of defending his left-wing profile by offering an accounting of the dubious history of his father and uncle during the junta.

No one accepts the concept of familial responsibility but the PM himself was never thoughtful about the families of others.

He is paying the price of his imprudence right before the elections and he has only himself to blame.
Effectively, Mr. Tsipras is experiencing the revenge of history.

Let this be a lesson to him.

After all that was revealed over the last days, he will have a chance to reassess his stance and behaviour and to thereby restore political peace in the country.