‘The unheard of effort of Minister Pavlos Polakis to influence the administration of the Bank of Greece and me personally regarding how we carry out our duties constitutes a flagrant institutional aberration.’ 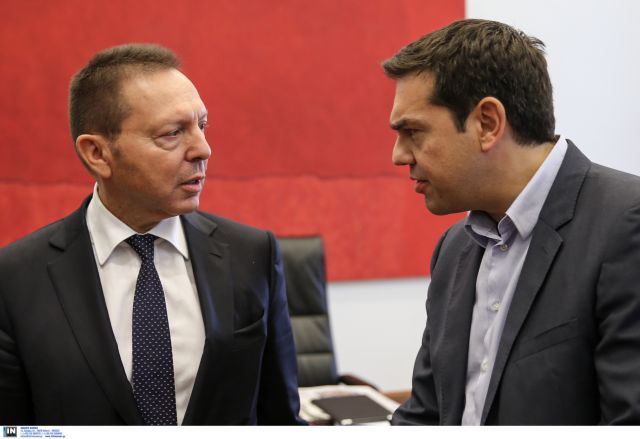 Bank of Greece Governor Yannis Stournaras has lashed out at Alternate Health Minister Pavlos Polakis, who handed over to the government-friendly newspaper Documento a transcript of a conversation he had with the country’s central banker regarding a probe of a 100,000 euro loan he was issued by Attica Bank.

In a statement issued today, Stournaras asks Prime Minister Alexis Tsipras and the government to protect the institutional independence of the Bank of Greece.

The full statement of the Bank of Greece Governor is as follows:

“In the over four years that I have had the honour to have been assigned the position of Bank of Greece Governor, I have for obvious reasons avoided statements that could be exploited politically.”

“This is all the more true when, because of the Bank of Greece’s status as a member of the Eurosystem, I am required to conduct oversight of part of the Greek banking system. However, yesterday’s unprecedented move of a representative of the executive branch of power to attempt to influence in an unheard of manner the way in which I exercise my duties obliges me to make self-evident clarifications and to take action.”

“There is no precedent in any European country for a government minister to mechanically record a telephone conversation that was not conducted in public and to selectively give altered excerpts to a pro-government press outlet, to serve personal interests.”

“These are actions that occurred without my consent, in violation of relevant provisions of the criminal code, and competent judicial authorities have a duty to intervene of their own accord.”

“The unheard of effort of Minister Pavlos Polakis to influence the administration of the Bank of Greece and me personally regarding how we carry out our duties constitutes a flagrant institutional aberration.”

“I directly call upon the Prime Minister and the government to take action to protect the independence of the Bank of Greece, which is guaranteed by both European and Greek law.”