Regling: Athens to get about 1bn euros from profits on Greek bonds

Regling said that the decision to disburse the money will be taken at the next Eurogroup meeting, based on the second post-bailout report by creditors 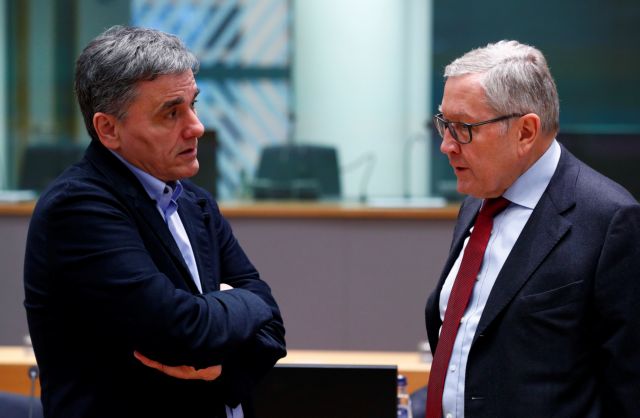 European Stability Mechanism (ESM) chief Klaus Regling has said that Athens can expect to receive approximately one billion euros from the profits of eurozone member-states’ central banks from Greek bonds.

Asked about the next disbursement to Greece at a news conference after today’s Eurogroup meeting, Regling said that the return from ANFAs and SMPs will be substantial, amounting to about one billion euros this year.

Regling said that the decision to disburse the money will be taken at the next Eurogroup meeting, based on the second report (following Greece’s August completion of its bailout memorandum) by creditors and institutions overseeing the Greek economy.

He explained, however, that there are certain pending issues which Greece has a few weeks to handle before the issuance of the enhanced fiscal surveillance report, on 27 February.

Regling said that the pending issues are specific and that Greek authorities are in constant contact with the institutions. He said that the ESM is aware that Athens is working very hard but that he cannot jump the gun as regards the Eurogroup’s decision.

“Close dialogue on economic policy challenges and priorities will continue going forward. It is recalled that the enhanced surveillance report reflecting the detailed findings and recommendations of this mission will be published on 27 February 2019. This report will serve as a basis for the Eurogroup to agree on the transfer of SMP-ANFA income equivalent amounts and the cancellation of the step-up interest margin on certain EFSF loans,” the institutions said in a staff statement issued on 25 January, after their last visit.