Police are especially troubled by the fact that there was no warning call before or after the makeshift explosive device was deposited outside the church. 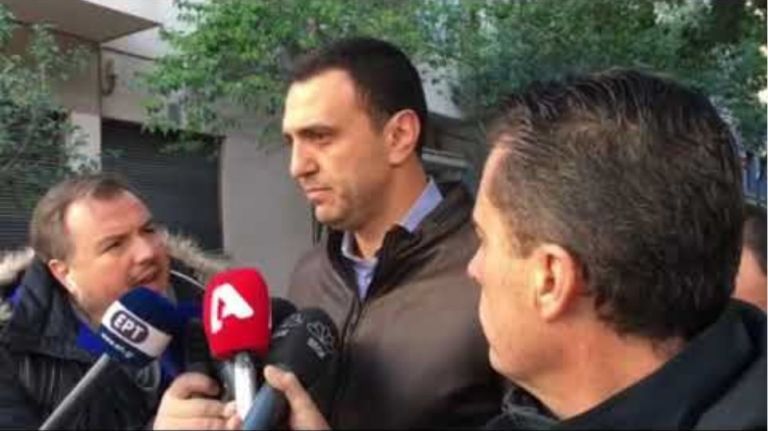 Main opposition New Democracy’s shadow defence minister, Vasilis Kikilias, blasted the government over its alleged laxity towards terrorism and accused the it of using rhetoric that provides ideological cover for terrorists.

Kikilias made his remarks while visiting the very large church of Saint Dionysios in Kolonaki, outside of which an improvised explosive device went off at 7am today and injured a policeman who was dispatched to the scene and the church sexton.

A priest of the Orthodox Archdiocese of Athens said that there are often homeless people who seek refuge in the area surrounding the church, but no one appears to have take note of the shoe box in which the device was placed.

Blind strike with no prior warning

The minor explosion occurred as the policeman examined the box before calling in the bomb squad or cordoning off the area.

Police are especially troubled by the fact that there was no warning call before or after the makeshift explosive device was deposited outside the church.

“We had repeatedly warned that the vicious circle of raw violence must stop. We are concerned that the strike was carried out without a warning telephone call. That shows the direction in which things are moving as regards public order and security in Athens,” Kikilias told journalists.

Kikilias also denounced the manner in which the government has handled security issues.

“All those who with the rhetoric of hatred pave the way in terms of ideology and politics for blind violence are doing great harm to the country, and they must rethink matters very carefully. In New Democracy we are very concerned over the manner in which the SYRIZA-Independent Greeks government is handling issues of public order in our country,” Kikilias said.