‘When you hear someone boasting about his own ethos and altruism, it is best to put your hand in your pocket to protect your wallet,” Alavanos said of SYRIZA’s self-proclaimed ‘moral advantage’. 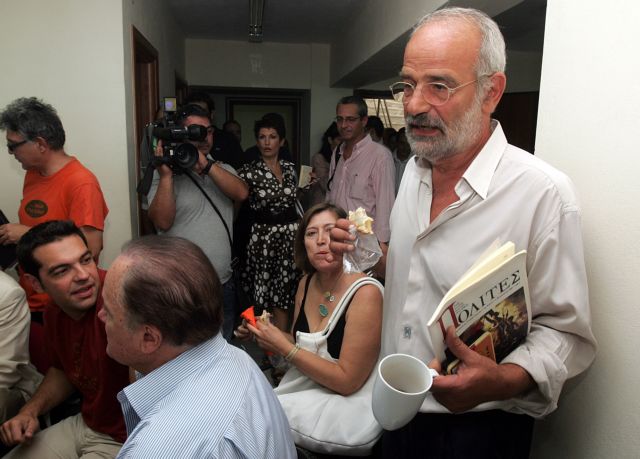 In a no-holds-barred interview with in.gr, former SYRIZA leader Alekos Alavanos blasts his one-time protégé Alexis Tsipras as the greatest traitor of the Greek left ever.

“No one betrayed the left more in its entire history [than Tsipras]. Certainly there have been cases of leading figures that “turned around” and signed declarations of remorse and betrayed their party,” Alavanos declared, regarding the once ubiquitous “declarations of political convictions” which leftists were forced to sign, otherwise they were exiled to nearby or remote islands.

“Some left behind the radical stance of their youth, as was their right,” he added.

No one did more to launch Alexis Tsipras’ political career than Alavanos, who tapped him to be the candidate for the Athens mayoralty in 2006.

Tsipras won in a landslide, with the backing of Alavanos.

Though bitter over the behaviour of his successor, Alavanos rarely expresses his resentment for being unceremoniously sidelined by Tsipras.  Indeed he makes clear that Tsipras’ rose to the prime ministership on his own steam.

“The case of SYRIZA’s leadership is unique. They did an about-face and are implementing policies that are the opposite of what they maintained while in the opposition. Even today they insist on depicting themselves as leftists, stigmatising the left as no one had before, especial in the eyes of the youth. They do all this to remain in office and enjoy the perks of power,” Alavanis declared.

‘Moral advantage’ of the left

Asked about Tsipras’ and SYRIZA cadres’ boasting about the ‘moral advantage of the left’, Alavanos said that it is patently untrue for the “left” that Tsipras and his associates have created.

“When you hear someone boasting about his own ethos and altruism, it is best to put your hand in your pocket to protect your wallet,” Alavanos quipped.