‘Greece has fulfilled its commitments by presenting a budget for 2019 that meets the primary surplus target while also supporting growth and combating social exclusion,’said the European Economic Affairs Commissioner. 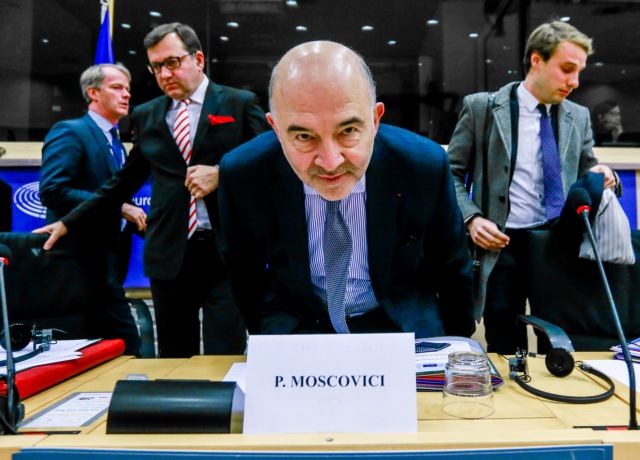 The European Commissioner for Economic and Financial Affairs, Pierre Moscovici, gave a thumbs up on the Greek government’s compliance with its commitments to primary surplus and other targets, ahead of the Commission’s decision to approve the 2019 budget submitted by Athens.

«Greece has fulfilled its commitments by presenting a budget for 2019 that meets the primary surplus target while also supporting growth and combating social exclusion,» Moscovici said in a statement to the state-run Athens-Macedonian News Agency.

«Today’s Eurogroup will be another important moment for Greece as the country continues to move forward. The Commission has come to the conclusion that the draft budget for 2019 is fully compatible with the EU Stability and Growth Pact,” he noted.

The review and approval of the budget is part of the regular European Semesters programme, which reviews the budgets submitted by member states, though Greece after the bailout programme is subjected to enhanced surveillance, with closer scrutiny.

Moscovici also gave a vote of confidence in the Greek government’s tax and social policies, including the decision not to cut pensions, which he views as important for combating social exclusion and poverty.

«Lower taxes on the labour market and businesses are expected to contribute to the recovery, while the new housing allowance will reduce poverty rates among low-income families,” the Commissioner said.

Moscovici also underlined that he backs Athens’ decision not to cut pensions, as that would be a painful measure that would reduce the income of 1.4mn citizens by 14 percent, on top of already implemented cuts amounting to 25 percent.

Moreover, he said that the viability of the insurance system is ensured even without the cuts.

The enhanced surveillance of Greece’s reform programme will kick in at the beginning of 2019, by which time the Commission’s second report will have been issued.

The return to Athens of profits on Greek bonds (ANFA’s and SMPs) will depend on the findings of that report.
Moscovici noted as regards to reform obligations that «good progress has been made in key areas, such as reforms to the social welfare system, the land registry, and some privatisations.»However, he also cited «delays in the staffing the Independent Public Revenue Authority, public sector hiring, and some privatisations, such as the Egnatia Motorway project and regional ports.»