The government appears to have managed achieve its two top goals of averting pension cuts and obtaining approval for a list of social benefits that Prime Minister Alexis Tsipras announced. 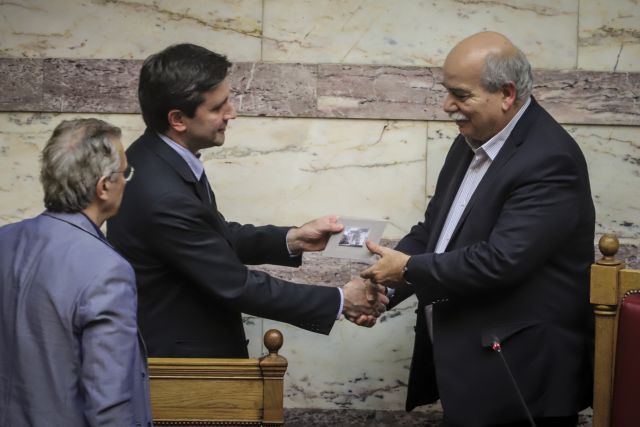 The state budget includes a surplus beyond primary surplus targets agreed to with creditors of 885mn euros, according to a rapporteur’s report and accompanying documents which the government tabled with the state budget in parliament today.

The projections for 2019 point to a general government surplus of 3.98 percent, as compared to the 3.5 percent target.

According to a finance ministry statement the 0.48 percent of GDP surplus that exceeds targets allows considerable space to use part of that super-surplus on handouts that the government calls a “social dividend”.

“The satisfactory fiscal performance in 2015-2018 and the improvement of the macroeconomic quantities of the Greek economy permit a gradual change in the mixture of fiscal policy with the aim of bolstering households’ available income, supporting viable growth, and confronting in a targeted manner chronic shortfalls in the social protection net,” the statement said

The government appears to have managed achieve its two top goals of averting pension cuts and obtaining approval for a list of social benefits that Prime Minister Alexis Tsipras announced in his major economic address to the annual Thessaloniki International Fair in September. Tsipras calls these “counter-measures” to painful austerity and over-taxation.

The 2019 revenue measures including a 10 percent cut on average in the ENFIA real estate tax, cuts in insurance contributions of freelance professionals, the self-employed, and farmers, a cut in dividends tax, a gradual cut from 29%bto 25% of the income tax on legal entities (one percent annually).

As regards expenditures, benefits include subsidising insurance contributions of young employees under 24 years of age, a new housing subsidy based on family and financial criteria, bolstering special education programmes, and supporting the “Help at Home” programme.

The total cost of the enumerated measures amounts to 0.5% of GDP. That is 150mn euros more than provided in the draft budget.

The above numbers and targeted actions combined with the scrapping of pension cuts in agreement with lenders is being promoted as the strong card of the government. That is because it meets fiscal targets set down in the 2019-2022 Medium-Term Fiscal Strategy, while at the same time it burnishes the government’s tarnished left-wing image.