Turkey warms Greece not to extend territorial waters, declaring that such a move is a casus belli

miles in the Ionian Sea. Turkish Foreign Minister Mevlut Cavusoglu has declared that, “The Turkish government is not about to allow Greece to extend its territorial waters to 12 nautical miles.” 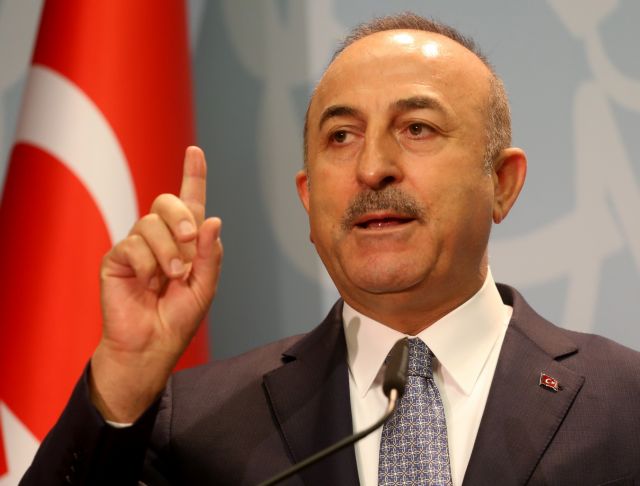 Turkey is ratcheting up the tension with Greece after former foreign minister Nikos Kotzias announced Athens’ intention of exercising its legal right to extend its territorial waters to 12 nautical miles in the Ionian Sea.

Turkish Foreign Minister Mevlut Cavusoglu has declared that, “The Turkish government is not about to allow Greece to extend its territorial waters to 12 nautical miles.”

Cavusoglu indicated that the June, 1995 decision of the Turkish Grand National Assembly that Greece’s extending its territorial waters would constitute a casus belli, or a cause for war.

“Greece has often made similar statements about the 12 nautical miles issue,” Cavusoglu said, asserting that Ankara wants to resolve Aegean disputes peacefully. “The Greeks know very well that we shall not permit the extension to 12 miles,” he told the state-run Anadolu news agency.

Kotzias, however, said that the extension involves only the Ionian, from Othonous to Antikythira, and opposition critics noted that such a piecemeal extension could be taken as indicating that Athens tacitly acquiesces to Turkey’s warning that Greece should not extend its territorial waters in the Aegean and the Mediterranean.

“Our foreign policy is closing a major issue that has existed for 120 years, and is opening and implementing a very significant policy, the extension of the country’s sovereignty for the first time in 70 years, when the Dodecanese islands were handed over to Greece [by Italy],” Kotzias had said, noting that the necessary Presidential Decrees are ready to be signed.

Ankara summoned Greece’s Ambassador to Ankara, Petros Mavroidis, to formally inform him of Turkey’s positions on the issue.