Leventis has accused previous defectors as traitors, and has demanded in vain that they return their parliamentary seats to the party. 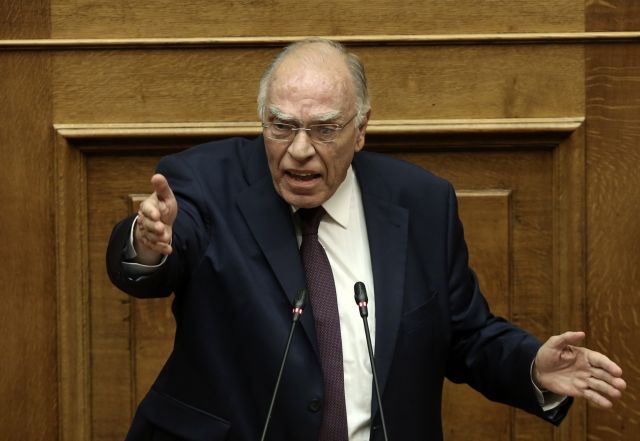 Centrists’ Union party leader Vasilis Leventis has spoken of a plot to destroy his party after the defection of yet another MP from his parliamentary group.

Since the September, 2015 general election, five of its originally nine MPs have abandoned the Centrists’ Union, and with the latest departures the party will have only four MPs.

Greek Parliamentary regulations mandate that it takes at least five MPs to constitute a parliamentary group
Among the defectors are Theodora Megaloeconomou, who joined the SYRIZA parliamentary group, Yorgos Katsiantonis, who went to New Democracy, and Yorgos Karras, who ended up collaborating with the centre-left Movement for Change.

Leventis has accused previous defectors as traitors, and has demanded in vain that they return their parliamentary seats to the party.

Leventis has compared his loss of MPs with the 1965 “apostasy”, in which dozens of MPs left PM Georgios Papandreou’s ruling Center Union party (Leventis has appropriated the name),resulting in the toppling of the Papandreou government. Papandreou had been elected with 52 percent of the vote.

MPs Yannis Saridis and Dimitris Kavadellas are also on their way out, and the pretext is the former’s staunch criticism of Kavadellas for demanding that he not pay his ticket at the Thessaloniki International Fair, which was carried by all news outlets and brought bad publicity to the party.

The developments in the Centrists’ Union are part of a more general political fluidity in parliament, as MPs To Potami party and the Independent Greeks have also abandoned their parties. Accordi ng to recent polls, all three of these small parties in the next general election will not muster the electoral support to reach the three percent threshold to enter parliament.

Effectively, MPs of parties that are unlikely to enter parliament are struggling for their personal political survival by transferring to larger parties.