The PM’s cabinet reshuffle signaled a shift to the centre-left and centre right, with the appointment of former Pasok cadres and of a former New Democracy minister in the government of Kostas Karamanlis. 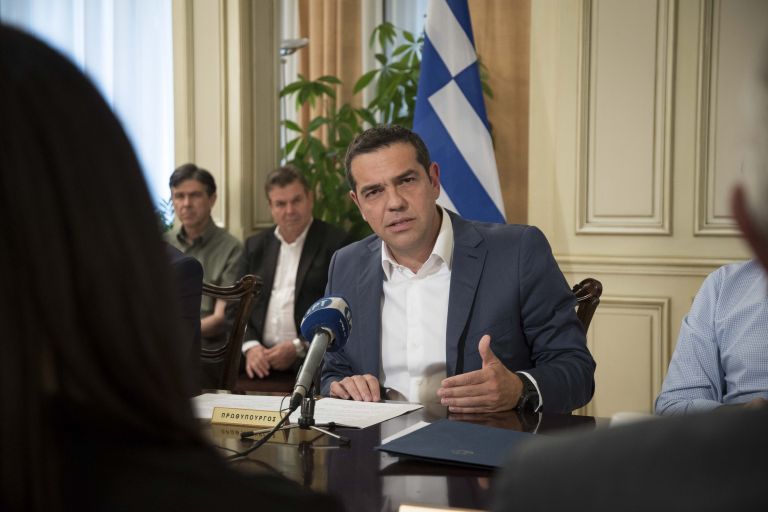 Share
The names of the ministers in Prime Minister Alexis Tsipras’ new cabinet were announced early this evening, following his much-touted government reshuffle, which signaled a shift to the centre-left and centre right, with the appointment of former Pasok cadres and of a former New Democracy minister in the government of Kostas Karamanlis.

The objective of the reshuffle was to give the government a new momentum and to broaden SYRIZA’s political base ahead of the next general elections.

All former Pasok cadres who were already serving in the government were kept on, with the exception of shipping minister Panagiotis Kouroumplis, whom the PM appointed as SYRIZA’s parliamentary representative.

Other former Pasok cadres who were newly appointed to the government were Myrsini Zorba, a former Pasok MEP, as culture minister, former Pasok minister Markos Bolaris (who had served in a previous Tsipras cabinet) as deputy foreign minister for religious affairs, and Mariliza Xenogiannakopoulou, a former Pasok Minister and party secretary, as administrative reconstruction minister.

A key move in the reshuffle was the sacking of justice minister Stavros Kontonis and his replacement by the PM’s legal advisor, Michalis Kalogirou, who until now served as secretary of the cabinet.

Xenogiannakopoulou replaced Olga Gerovasili, who was appointed as the first woman ever to lead the Citizen’s Protection (public order) ministry. Xenogiannakopoulou had been touted as a candidate in two previous reshuffles, but was not picked.

A surprise in the reshuffle was the appointment of Alexandros Haritsis, a former alternate economy minister, to the post of interior minister. Haritsis replaces top SYRIZA cadre Panos Skourletis, who was removed from the government after his election as SYRIZA party secretary yesterday.

The two politicians who were left out in the last reshuffle but appointed this time were Bolaris and former Independent Greeks MP Marina Chrysoveloni.
One of the surprises of the reshuffle was the appointment of former New Democracy minister Katerina Papakosta as deputy public order minister. Papakosta was expelled from her party by Kyriakos Mitsotakis after she repeatedly criticisised the ND party leader. She was a member of the centre-right wing of the party, with a political allegiance to Kostas Karamanlis, and her appointment will highlight the deep fissures in ND between the ultra-right wing of the party and the more centre-right Karamanlis faction.

Aside from Kouroumplis and Kontonis, culture minister Lydia Koniordou, an actress, was also left out of the cabinet and replaced by Myrsini Zorba.

Tsipras promoted the director of his office in Thessaloiniki, Katerina Notopoulou, to the post of Macedonia-Thrace minister. Her predecessor, Independent Greeks MP Maria Kollia-Tsaroucha had asked the PM to be transferred after the signing of the Greece-FYROM naming agreement (which her party vehemently opposes), and so she was appointed as deputy defence minister.

Panagiotis Rigas, the former SYRIZA party secretary, was appointed alternate defence minister, a position in which he will report directly to the prime minister.

Fotis Kouvelis, who until now served as alternate defence minister, was appointed to the post of shipping minister.

Finally, government vice-president Yannis Dragasakis, one of the oldest SYRIZA cadres, was appointed to lead the economy ministry, which will now include the newly created sub-ministry of industry, and will be headed by Stergios Pitsiorlas