New Democracy: Greek officers were released due to collective efforts

‘The release of the two officers is the result of the collective effort of all political forces, which contributed to a substantial and persistent, but not extreme, effort to internationalise the issue,” Koumoutsakos said. 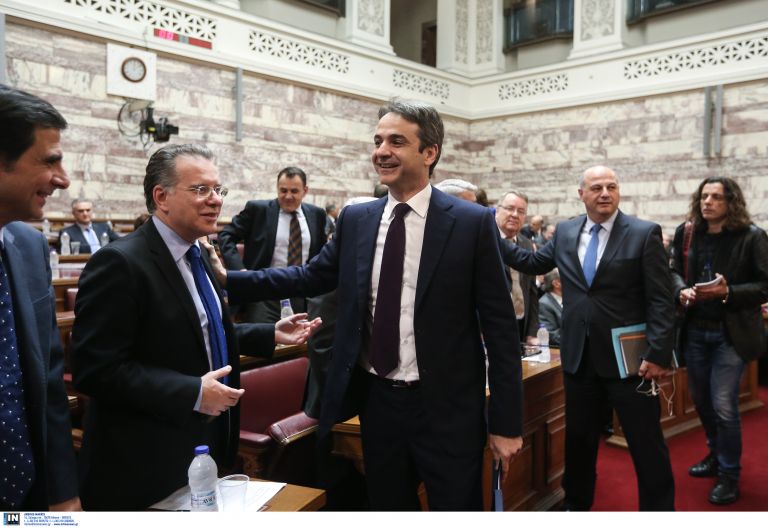 Share
New Democracy’s shadow foreign minister, Yorgos Koumoutsakos called upon the government to acknowledge the collective efforts to free two Greek Army officers who were imprisoned in Turkey for over five months.
“The government is wrong to say that everything was the result of its own efforts. Of course, it is the government, and it was obliged to take action, but does anyone believe that the release of the two officers was the result of Erdogan’s magnanimity?,” Koumoutsakos told SKAI television.

“It was the result of his assessment, calculations, and things that he believes he will receive in exchange,” he added.

“The release of the two officers from prison is a positive development, an event that moved and brought joy to all Greeks. However, it is the result of the collective effort of all political forces, which contributed to a substantial and persistent, but not extreme, effort to internationalise the issue,” Koumoutsakos said.
The New Democracy MP noted that party leader Kyriakos Mitsotakis in all his contacts, and all New Democracy cadres, had placed the issue at the top of the agenda for the last five months.
“The European Parliament resolution [calling for the release of the officers] – which was an initiative of the European People’s Party and New Democracy – pressured Turkey to release the two,” Koumoutsakos noted.

The ND shadow foreign minister asked rhetorically where were the open channels of communication with Turkey which the government invokes, in the first hours and days of the crisis.