Prime Minister Alexis Tsipras attacked “political forces that do not want to see the government attaining its goals”, an apparent reference to main opposition New Democracy. 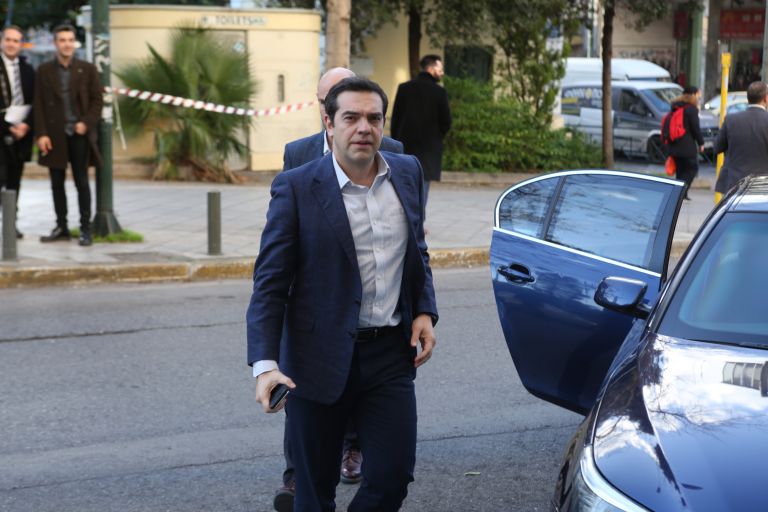 A two-day meeting of the ruling Syriza party’s central committee will allow disgruntled party members to blow off steam, after the omnibus austerity bill and the near certainty of continued international fiscal oversight further battered the government’s left-wing image and unraveled its narrative of a clean exit from bailout memorandums in August.

In a meeting of the party’s political secretariat yesterday, top party cadres expressed concerns over the course of the economy and over the reactions to ongoing talks on the FYROM naming issue.

Prime Minister Alexis Tsipras attacked “political forces that do not want to see the government attaining its goals”, an apparent reference to main opposition New Democracy.

Tsipras told his Syriza comrades – the term by which party members refer to each other – that the government has developed alliances in Europe that it can exploit in order to manage a full escape from memorandum oversight in August, when the current programme ends.

While party members reportedly expressed the belief that the end of the third bailout memorandum will afford the government somewhat broader room to hammer out its own policies, most observers believe there will be little room for the sort of social welfare spending that the government stepped up at the end of last year.

Some party cadres called on the government to push policies that will help repair its tarnished leftist credentials, such as an increase in the minimum wage, which the Hellenic Federation of Enterprises recently dismissed as an unrealistic and counterproductive prospect, in terms of job creation.

The party’s executive organ decided to hold more central committee meetings over the next three months, so as to keep the members apprised of ongoing negotiations with creditors, regarding both fiscal measures on the way to exiting the bailout memorandum and negotiations regarding the much-awaited restructuring of the national debt.