Temperatures across Greece plummet as cold front sets in 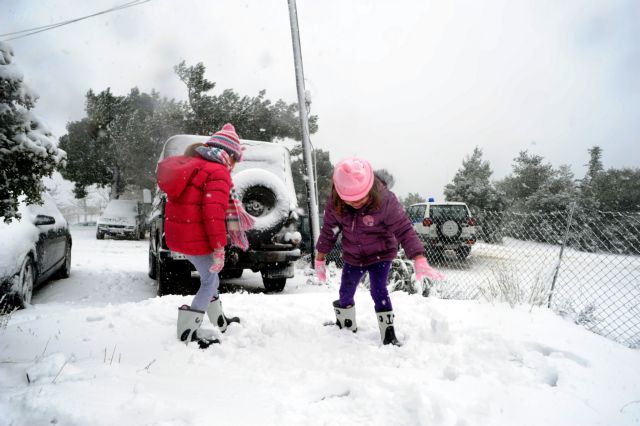 Many mountainous and semi-mountainous areas in northern, central and southern Greece are covered in snow on Wednesday, as temperatures drop below zero in many areas.

Due to the frost schools in the north of Greece have decided to remain closed, while many problems have been reported on the road network and necessitate snow chains. The strong winds have also interrupted coastal shipping, with boats in Rafina, Lavrio and Volos remaining docked.

The Civil Protection and municipal authorities across the country are using salt and special equipment to clear out the roads from the frost. According to the national meteorological agency, the cold weather is expected to carry on for the next few days.