Police stumped by bomb attack outside bookstore in Exarchia 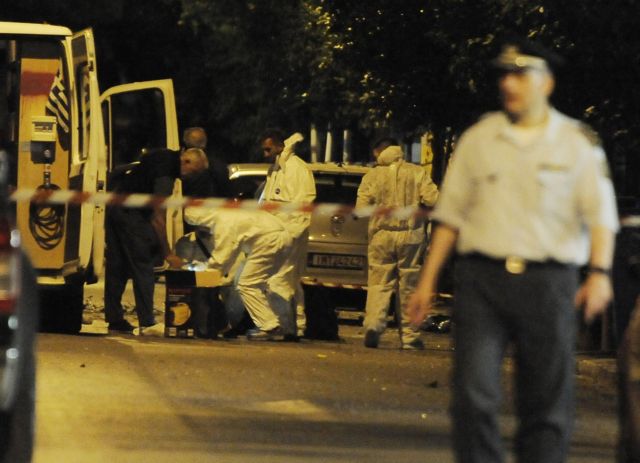 A police investigation is under way in order to determine the intended target of a bomb that exploded in Exarchia, on Wednesday evening.

The bomb, which went off shortly before 23:00, was placed outside a bookstore on Ippokratous Street. At the same time however, Appeal Court Prosecutor Georgia Tsatani lives in the same apartment building. Mrs. Tsatani’s lawyer Themis Sofos commented that the she had requested additional police security, however the authorities decided to reduce the number of officers tasked with her protection.

Prior to the explosion, at about 22:22, a man contacted the Efimerida ton Syntakton newspaper and warned of an imminent blast in about 25 minutes. The man reportedly underlined that the warning was not a hoax. The Police immediately evacuated the area, with the explosion causing minors damages to the bookstore, adjacent buildings and parked cars. The street was cordoned off for a hours until the police could complete its inspection of the area and collect evidence.

According to reports the bomb was placed in a plastic bag underneath a police officer’s car. This detail has further complicated the investigation, with the police office expected to be questioned. The bomb exploded about ten minutes later than expected, with the counter-terrorism police considering the possibility of a malfunction.