Lefkada: Two luxury yachts in Nydri go up in flames 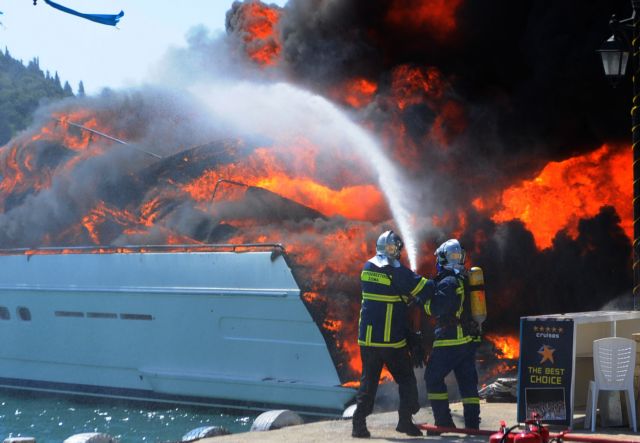 Two luxury yachts that were docked at port of Nydri in Leftakada went up in flames on Sunday.

According to the reports, a fire broke out on the British-flagged Jul yacht, which quickly spread to the Bijou, also under British flag. All passengers quickly disembarked and the Coast Guard tugged the two yachts outside the port, so that the fire did not spread to other craft. It has not yet been determined what caused the fire.

Despite the combined efforts of the Coast Guard and the Fire Brigade though the two yachts could not be saved, with the Jul sinking at a depth of 88 meters about 2.2 nautical miles northeast of Skorpios islands, while the Bijou half-sunk in the Vlicho maritime area.

The Coast Guard has launched an investigation into the what caused the fire.