Celebrations for 42 years since the Restoration of Democracy 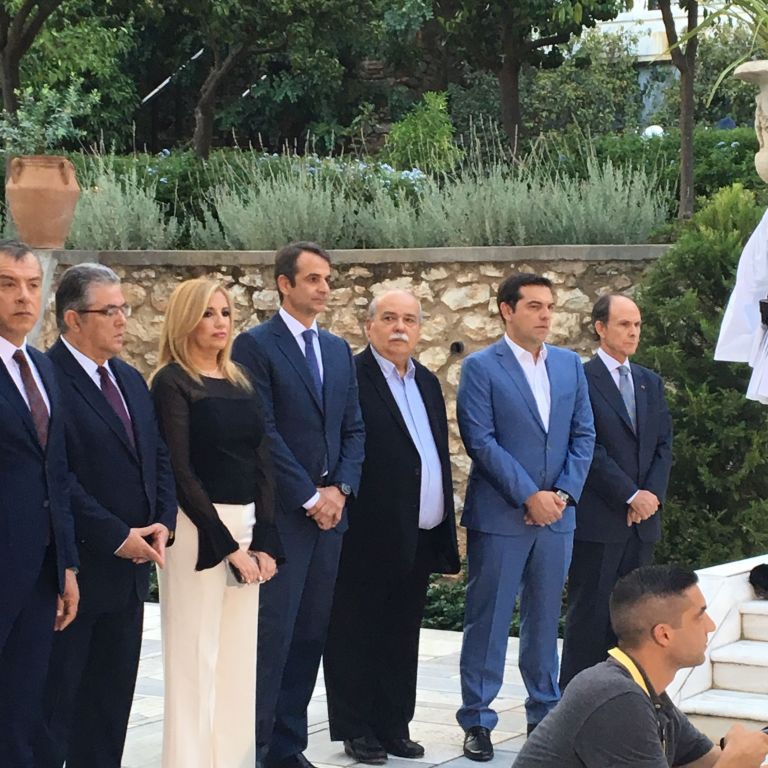 “As a people and nation we must defend Democracy just like the city walls” commented the President of the Hellenic Republic Prokopis Pavlopoulos from the Presidential Mansion, where celebrations were held for the 42nd anniversary since the Restoration of Democracy in Greece.

In attendance were the Prime Minister Alexis Tsipras, the leader of the main opposition Kyriakos Mitsotakis, political leaders Panos Kammenos, Fofi Gennimata, Dimitris Koutsoumpas and Stavros Theodorakis among others.

Also present at the Sunday evening event were former Prime Ministers Antonis Samaras and Lucas Papadimos, as well as the Governor of the Bank of Greece Yannis Stournaras and the Chairperson of the National Bank Louka Katseli.