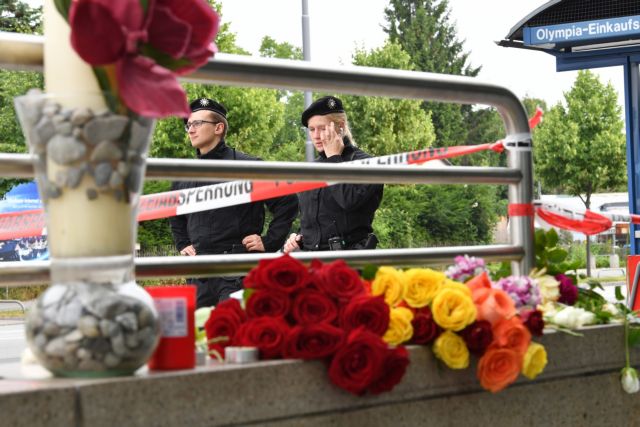 Share
The Ministry of Foreign Affairs has confirmed that a Greek citizen was killed in the shopping mall shooting that took place in Munich on Friday. Ten people were killed and 27 were injured in the attack carried out by 18-year-old German-Iranian Ali Sonboldy.
In a statement issued on Saturday, the Ministry stated that “the toll of yesterday’s tragic attack at the Olympia shopping mall in Munich unfortunately includes a Greek citizen among the victims”.
“In these difficult moments, we express our deep condolences to his family and loved ones. Greece’s Consul General in Munich is proceeding to all of the necessary actions, in consultation with the competent German authorities” it concluded.
Media reports have named the Greek citizen killed in the attack as 19-year-old Huseyin Dayicik from Aratos in Rodopi. According to reports the brave 19-year-old managed to save his sister’s life when he used his body as a human shield. The father of the young victim reportedly suffered a heart attack when he was informed of his death.

Picture of the 19-year-old published by xanthipress.gr