The evacuation operation carried out in the northern Greek town of Idomeni continues, after a total of 2,031 refugees were… 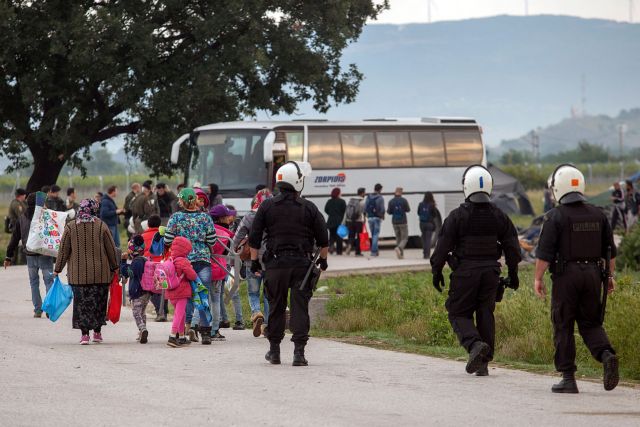 The evacuation operation carried out in the northern Greek town of Idomeni continues, after a total of 2,031 refugees were relocated to hospitality centers on Tuesday.

According to the official report, the police relocated 1,273 Kurds, 662 Syrians and 96 Yazidis from the area and taken via bus to hospitality centers set up in Sindos and Derveni outside Thessaloniki.

In the second phase of operation, the police intend to evacuate the refugees who have set up tents by the railway line. The entire operation is expected to last up to week in order to relocate the 8,500 migrants and refugees who have camped in the area.

Although the government initially decided to ban journalists from covering the police operation, it eventually allowed public broadcasting service ERT and the Athens-Macedonia News Agency to attend, a decision which has been heavily criticized.