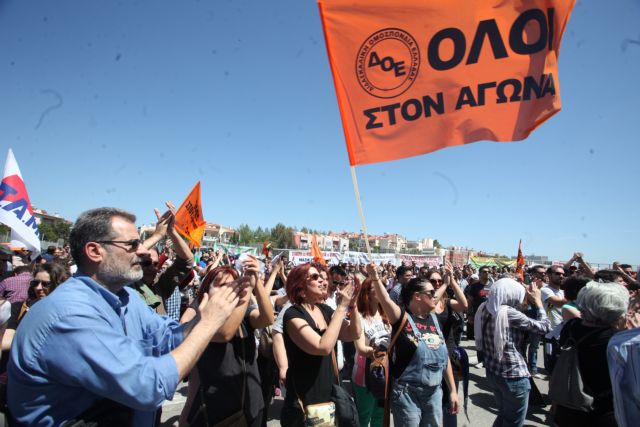 A demonstration against the coalition government’s controversial pension system reform bill has been arranged for 1pm in Syntagma Square on Tuesday, by non-appointed replacement teachers.

The Teacher’s Federation of Greece (DOE) and the Greek Federation of Secondary Education State School Teachers (OLME) have announced that they will participate in this rally.

Later on, at 6:30pm, a rally of primary education teacher unions will take place at Korai Square. Additionally, PAME has arranged its own teacher rally for 7pm at the Propylaea.