Clashes break out between Syrians and Afghans in Piraeus

Eight people were injured late on Wednesday evening, with four having to be hospitalized, after a group of about 500 Syrians… 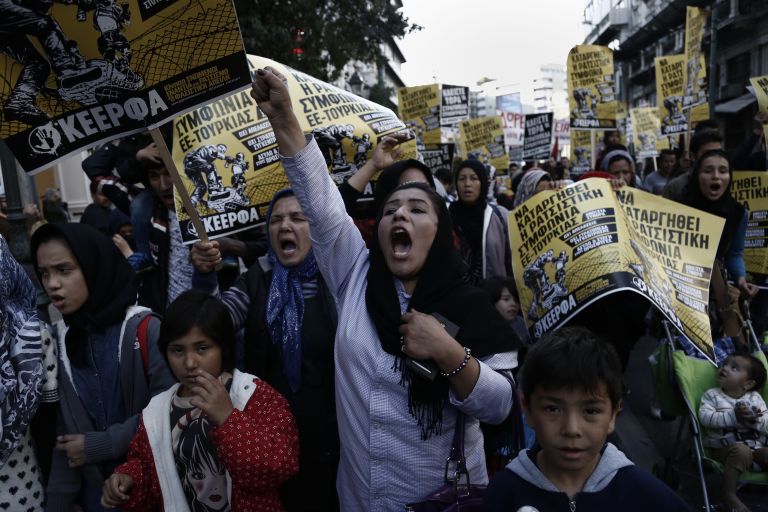 Eight people were injured late on Wednesday evening, with four having to be hospitalized, after a group of about 500 Syrians and Afghans clashed in the port of Piraeus.

Reports indicate that the clashes broke out after an Afghan refugee “bothered” a woman from Syria, with her compatriots taking offense. The clashes began to escalate, with the Coast Guard struggling to contain the situation.

Riot police units were dispatched and brought some calm to the area in the port, however the clashes carried on a few meters away from the port gate. No arrests were made. Syrian refugees have complained that there is tension with the refugees from Afghanistan and have asked to be separated.

The government on its behalf has been distributing pamphlets, explaining that they must leave the port and seek shelter at the hospitality centers that are being set up. Arrangements have been made to move some of the refugees, however some of the new centers – such as the ones in Eleonas and Kyllini – are not ready yet.

Refugees demonstrate in Athens and on Lesvos

About 1,000 people, including many migrants and refugees, demonstrated in the center on Athens on Wednesday evening, demanding open borders. The protesters marched towards the EU offices to express their opposition against the recent EU-Turkey agreement.

Meanwhile, a group of about 50 Afghans chanted “Azandi” (which means freedom in Farsi) protested in front of the holding center in Moria, on Lesvos. Riot police units were in place and prevented the protesters from causing any problems. This is the fourth demonstration in the past five days on the island.