Tsipras-Draghi agree on concluding bailout review as soon as possible 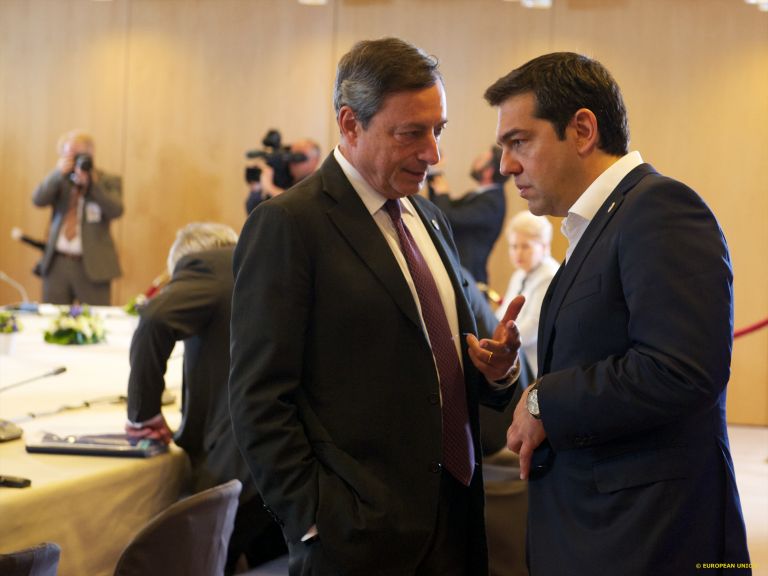 The president of the European Central Bank Mario Draghi expressed his optimism that the first review of the Greek bailout program would soon conclude, prior to his meeting with Prime Minister Alexis Tsipras.

According to Mr. Draghi progress has been achieved in relation to reforms in Greece, however he underlined that it is imperative to ensure that the country’s pension system becomes sustainable.

The statement issued following the Friday-morning meeting in Davos reveals that the progress of the Greek bailout program was the main point on the agenda. The two sides reportedly agreed that the first review of the program must conclude as soon as possible.