Dombrovskis argues that “Greece is back on the right track” 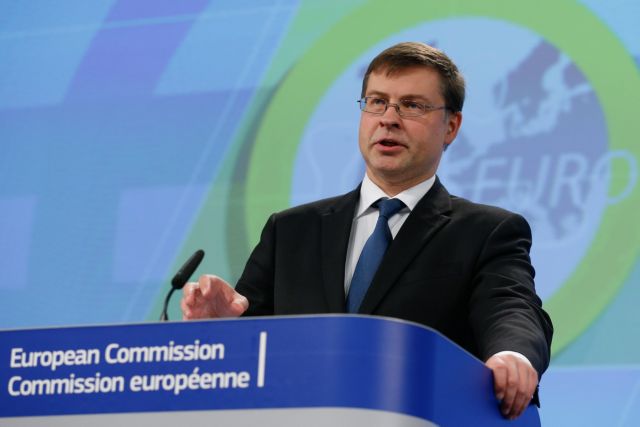 The Vice President of the European Commission Valdis Dombrovskis has argued that Greece is “back on the right track” in an interview published in German newspaper Die Welt.

In the interview Mr. Dombrovskis notes that there a ‘clear commitment’ to implementing the bailout program and explained that the review – which was initially planned for later 2015 – will take place in early 2016, after the Greek government meets some conditions. Mr. Dombrovskis, the upcoming pension reform will be instrumental in helping the Greek government in achieving its 0.5% primary surplus.

When asked to comment on recent statements by Prime Minister Alexis Tsipras on the IMF, Mr. Dombrovskis explained Europe expects the Fund to continue participating in the Greek program. He also clarified that the decision for a departure is the IMF’s to take and that the matter has been addressed by the Eurogroup.

Nevertheless, Mr. Dombrovskis added that although the euro zone is an enticing choice for many European countries, the Greek crisis has possibly had a negative impact on the attempts to expand the single currency zone.