Chrysoveloni: “Government cohesion not at risk over civil partnerhsip bill” 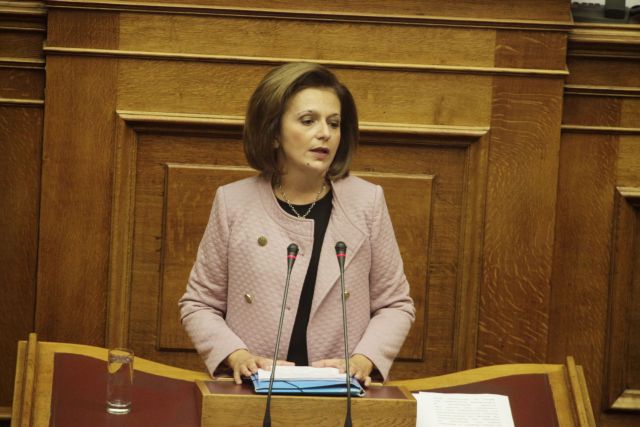 The spokesperson for the Independent Greeks Marina Chrysoveloni commented that the coalition government’s cohesion was not at risk, as a result of her party choosing to vote against the civil partnership bill. Mrs. Chrysoveloni explained that her party had made its position on the subject, but nevertheless respects the different positions and opinions of SYRIZA.

Mrs. Chrysoveloni, who spoke to the Praktorio 104.9 FM radio station, further elaborated that her party has differing opinions on matters related to religion and other principles, suggesting that her party may choose to vote against future government initiatives.

She further commented though that “there will be a problem” if the government partners clash on issues such as the pension reform and farmer taxation. Regarding her decision to vote against the bill, Mrs. Chrysoveloni argued that the bill is not clear on adoption from same-sex couples, despite government assurances that this matter will be addressed in a separate bill.