Trikala: 13yo hospitalized after being bullied by classmates 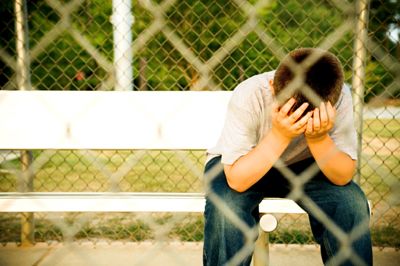 A 13-year-old boy in Trikala was hospitalized on Wednesday after being brutally bullied and assaulted by a group of 12 of his classmates. The victim is being treated for bruises and a neck injury.

The mother of the victim told Mega Channel that her son was picked on due to his height, as he was standing by a bus stop with his bicycle.

The vicious attack against the 13-year-old only stopped after another mother intervened and began screaming. The police later arrested four of the suspected bullies and their parents for negligent care.