Champions League: The ‘Reds’ one step closer to the Round of 16 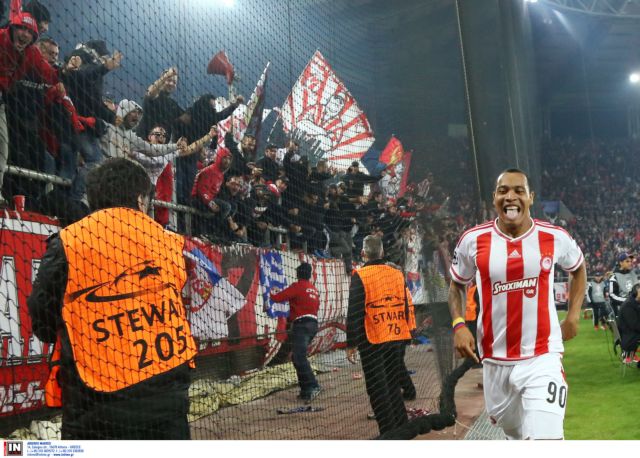 The Wednesday-evening match in Piraeus between local side Olympiacos and Croatia champions Dinamo Zagreb ended with the Greek champions being on the verge on qualifying to the next round in the Champions League and in a more favorable position than Arsenal in Group F.

Although Olympiacos entered the match stronger and more determined, it was Dinamo who managed to open the score with Armin Hodžić (21’), putting pressure on the Greek side early on in the game. Olympiacos fought back, but struggled to find the necessary rhythm in the first half.

The Greek side came in strong in the second half and had a major opportunity to equalize the game, after Ideye Brown was fouled in the penalty box. Kostas Fortounis took the penalty kick, which Dinamo goalkeeper Eduardo managed to save (54’), leaving the ‘Reds’ frustrated.

Olympiacos coach Marco Silva decided to bring Felipe Pardo into the game and managed to equalize the game (65’) for his team on his first touch with the ball, seconds after coming off the bench. With the game tied, the ‘Reds’ took charge and increased the pressure on Dinamo, which appeared content with a draw.

In the final moments of the game Fortounis tried to make up for his failed penalty shot and made a great pass to Pardo, who scored a second goal (90’) in 25 minutes on the pitch.

After four games Olympiacos is tied in first place with Bayern Munich and has already secured the third place in the Group, which guarantees a spot in the Europa League, but is now making plans for the Round of 16 in the Champions League. Olympiacos travels to Munich for the next game and hosts Arsenal in Piraeus, needing only one point to make it through.