Meimarakis intends to make a coalition proposal to SYRIZA 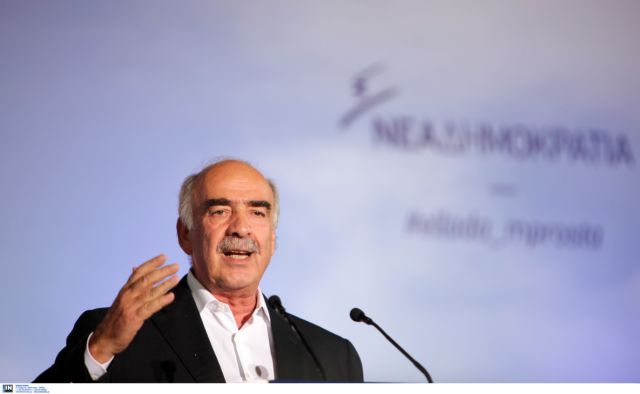 The provisional leader of New Democracy Evangelos Meimarakis claimed that his party will make a proposal to form a coalition government with SYRIZA, irrespective of whether he comes first or second in the snap election.

In his interview on Star Channel, Mr. Meimarakis explained that it was “reasonable” given that SYRIZA negotiated and introduced the new bailout agreement which will bind Greece for the next three years. At the same time he criticized SYRIZA leader Alexis Tsipras for his stance on coalitions and questioned whether he “has been blinded by arrogance”.

Mr. Meimarakis further commented that the elections were unnecessary and that the recent referendum was “unless, irrelevant and divisive” and argued that I lead to the capital controls. He also repeated his allegation that the SYRIZA-led coalition government cost Greece 90 billion euros.

During the interview, Mr. Meimarakis outlined his overall plan, which includes forming a national consensus government in coalition other European forces, as well as a negotiation team for every step of the bailout performance reviews. He also intends to expedite privatizations and restart major works and to compose a “fiscally sound” budget.