Lafazanis: “The write off of the public debt is our first priority”

The leader of the Popular Union Panagiotis Lafazanis underlined the need for a write off the Greek public debt, in a Wednesday… 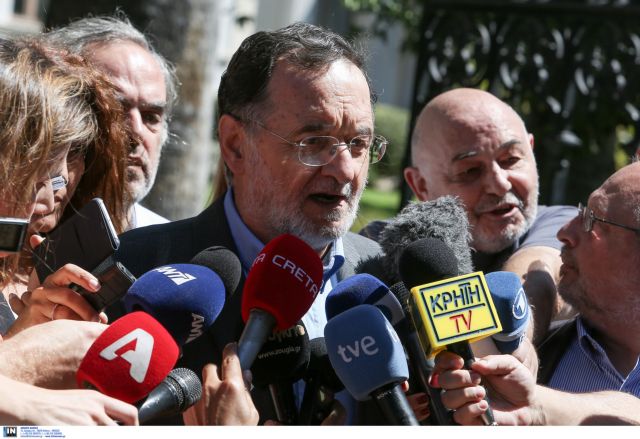 The leader of the Popular Union Panagiotis Lafazanis underlined the need for a write off the Greek public debt, in a Wednesday morning interview on Mega Channel.

Mr. Lafazanis argued that even the International Monetary Fund – which he dubbed the most conservative institution worldwide – believes that the Greek debt cannot be sustained and must be restructured. He noted that other countries, such as Ukraine, have written off debts and stressed that it would be criminal to trap the future generations with such an insurmountable debt.

The bailout, according to Mr. Lafazanis, cannot be implemented and estimated that the resistance that will be met on every step will result in it ultimately being abandoned.

According to Mr. Lafazanis, rather than support agricultural production, the new bailout agreement strikes a critical blow, as it does not allow any prospects. He also claimed that there was no “Schäuble plan” and that the SYRIZA-led government ultimately prioritized the euro above the country’s national interests.

Regarding the election surveys, the Popular Union leader expressed his belief that they are not an accurate reflection of reality and was confident that the smaller parties would perform far better than expected. He also estimated that it was likely that SYRIZA will form a coalition government with New Democracy and announced that he will attend the televised debate.