Lafazanis to meet with Meimarakis and union representatives

The president of the Popular Union Panagiotis Lafazanis, who received an exploratory mandate from President Prokopis Pavlopoulos… 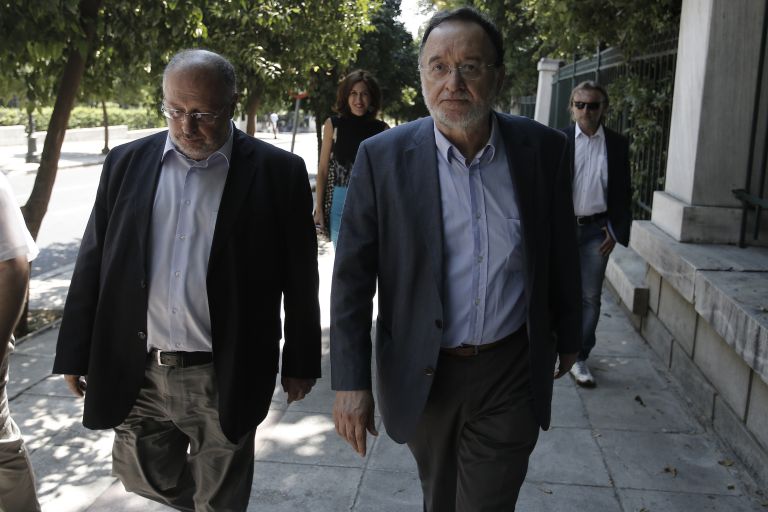 The president of the Popular Union Panagiotis Lafazanis, who received an exploratory mandate from President Prokopis Pavlopoulos on Monday, is scheduled to meet with New Democracy’s provisional leader Evangelos Meimarakis at 15:30 on Tuesday.

As previously stated, Mr. Lafazanis will take the opportunity to meet with representatives from a number of social bodies and unions from both the public and private sector.

Mr. Lafazanis has three days ahead of him to examine the possibility of forming a government in the existing Parliament. This appears to be unlikely, given that SYRIZA has already ruled out such a possibility (hence calling the elections), while New Democracy was unable to galvanize the necessary support from other parties.

A meeting of political leaders has been arrange for 6pm on Wednesday, in a final effort to coordinate and come to an agreement. Should this meeting also prove to be fruitless then the President will formally announce the general elections.