Lagarde: “The agreement with Greece is not viable without debt relief” 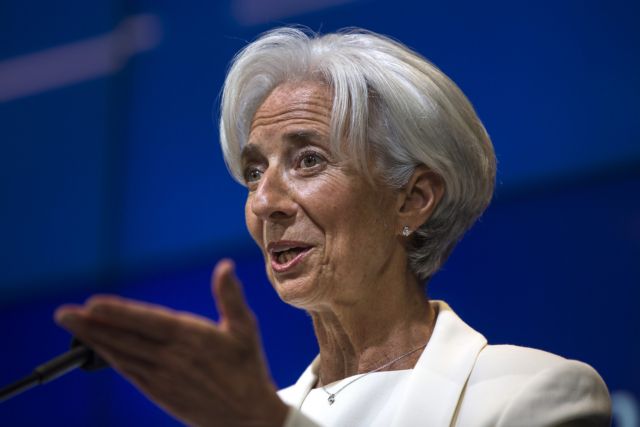 The Managing Director of the International Monetary Fund Christine Lagarde has argued that the recent agreement reached between Greece and its creditors will not be viable unless a reduction of the Greek public debt is carried out. Mrs. Lagarde, who spoke to the Europe1 radio station in France, was asked whether the bailout agreement is viable and responded “quite categorically no”.

Although the bailout agreement includes a ‘principle’ for debt relief, it is rather vague and does not specify the amount or terms for a reduction. Mrs. Lagarde added that it is not currently possible to determine the amount of debt relief needed. Nevertheless, lowering interest rates and extending maturities and loan payment deadlines could help towards making the agreement viable.

Mrs. Lagarde added that she understands the position of Greek Prime Minister Alexis Tsipras and stated that the banks in Greece may reopen on Monday, according to the government’s plans.

The Vice President of the European Commission Valdis Dombrovskis spoke to Bloomberg on Friday and responded to Mrs. Lagarde’s comments. Mr. Dombrovskis revealed, among others, that the Eurozone members are prepared to discuss the possibility of debt relief in the case of Greece.