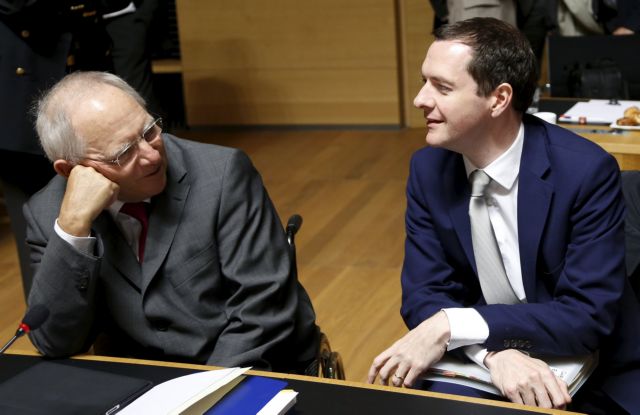 The British Minister of Finances George Osborne has ruled out the UK’s participation in the funding of Greece via the European Financial Stabilization Mechanism (EFSM).

At Monday’s meeting of Eurozone Finance Ministers it was decided that a bridging loan must be made available to Greece until the loan from the European Support Mechanism can be dispensed, however the British minister has expressed his opposition to the use of British funds for this purpose.

The EFSM is supported by the EU’s 28 members and was established in 2010 to support Ireland and Portugal. At a 2010 EU summit in Brussels it was agreed that only Eurozone countries would participate in future Greek bailouts, however the UK would participate via its IMF membership.

Although only a 65% majority vote is required to approve the use of EFSM funds, meaning that the UK’s objects can be overridden if at least 15 EU members approve, it is likely that the European institutions will not wish to risk angering the UK, ahead of its planned referendum in 2017 over its EU membership.