The President of the European Commission Jean-Claude Juncker has lashed out against the Greek government, claiming that it… 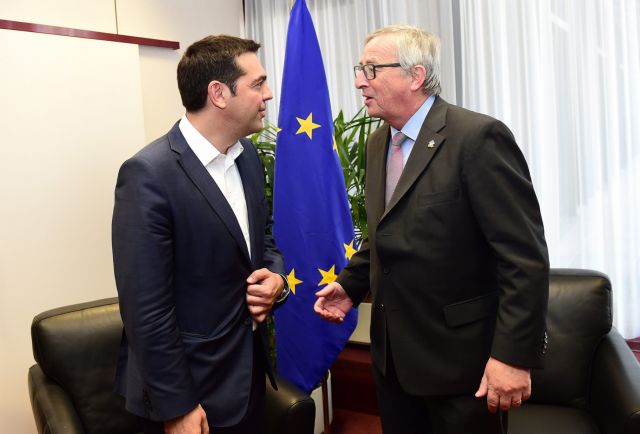 The President of the European Commission Jean-Claude Juncker has lashed out against the Greek government, claiming that it has twisted his words regarding the proposals he submitted on behalf of the institutions.

During a press conference with NATO’s secretary general in Brussels, Mr. Juncker told journalists that he has not had any contact with the Greek government since Sunday, when he decided to suspend talks, as they were not leading anywhere. He claimed to not support VAT hikes in medicine and electricity and that it would be a major mistake to do so.

The government spokesperson Gabriel Sakellaridis responded to Mr. Juncker’s claims, pointing out that the official proposal submitted to the Greek government on Wednesday demands a 10% VAT hike in electricity, a 4.5% VAT raise in medicine, abolition of the ‘EKAS’ benefit, raising VAT revenue by 1.8 billion euros and reducing pension expenses by a further 1.8 billion euros.

Mr. Sakellaridis noted that the Greek government has never claimed that the proposals were the European Commission’s alone, but commended him for differentiating his position. The spokesperson also explained that Greece has already submitted equivalent measures to cover the budget gap and had already proposed defense cuts.

The Minister of Finances Yanis Varoufakis was highly critical of the Commission chief’s comments, stressing that the proposals submitted by Mr. Juncker on behalf of the institutions explicitly provided the VAT hikes and a series f recessionary measures. In an interview for ERT, Mr. Varoufakis argued that “Juncker either hadn’t read the document he gave Tsipras, or he read it and forgot about it”.