Suspect for fire at Aspropyrgos recycling plant to face charges 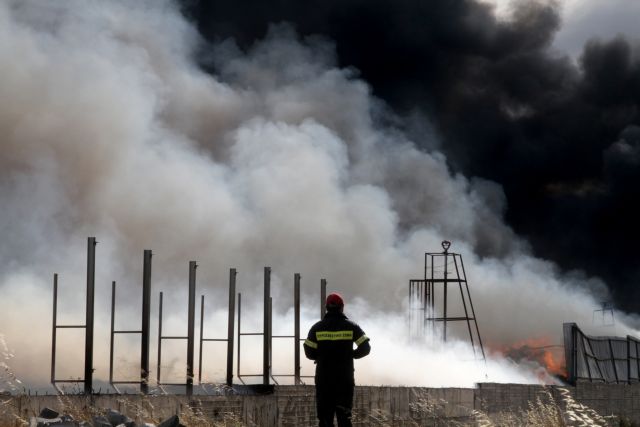 A fire which broke out in a recycling plant in Aspropyrgos and which carried on for four days has been arrested and will address the charges against him before the public prosecutor of Athens.

The 34-year-old man, who was a temporary supervisor at the recycling company, is going to be charged with violating environmental protection legislation. The 46-year-old president and managing director of the company, who also faces the same charges, is wanted by the police.

The fire which broke out at midday on Saturday in the courtyard of the recycling plant in the Nea Zoi area in Aspropyrgos and raged on for four days. The Fire Brigade committed about 100 fire fighters and 22 vehicles to tackle the fire, along with volunteers from local authorities. Environmental groups stressed that the fire caused a toxic cloud that enveloped Athens. Due to the recycling materials on-site, many toxic chemicals, including dioxins, were released into the atmosphere.

As announced by the police, an investigation has been launched in order to determine the cause of the catastrophic fire. Preliminary reports though indicate that items for which the recycling company it was not authorized were found on-site (such as oil cans, tires and medicine packages). Crucially though, the company does not appear to have taken the necessary fire protection measures, causing the major fire and pollution.