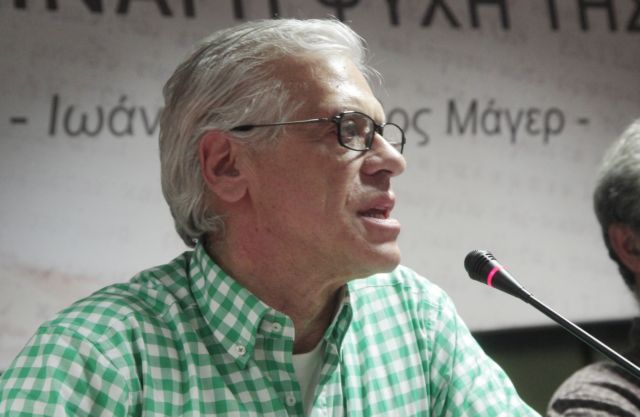 The professor of political economy and SYRIZA central committee member Yannis Milios has urged the government to delay its loan payments towards the creditors, as an “extortion mechanism”.

Mr. Milios, who delivered a speech at a conference in Thessaloniki, estimated that it seems unlikely that an agreement will be reached with the country’s creditors, which would also include a debt restructure. He noted that with Greece having to pay 3.5 billion euros to the European Central Bank on the 22nd of June, there will be a problem.

As such, he proposed a payment delay, claiming that the verbal assurances of receiving some funds, provided Greece first signs up to any agreement, are not enough. Mr. Milios stated that a compromise, where everything remains the same and everyone is meant to be happy because there will not be any immediate wage and pension cuts, is unacceptable

Additionally Mr. Milios argued that the bank account deposit outflow could have been restricted, if a limit on daily cash withdrawals from ATMs had been introduced. Specifically Mr. Milios estimated that a 300-euro limit, which he argued covered the needs of 95% of Greeks, would be enough.

During his speech he was critical of the appointments at the Ministry of Finances, stressing that it was not staffed by SYRIZA’s finance officers and that the party’s pre-election efforts were set aside. He was also critical of Finance Minister Yanis Varoufakis, over his statement that the can accept 70% of the existing bailout program, asserting that had that statement been made before the elections, SYRIZA would come third.