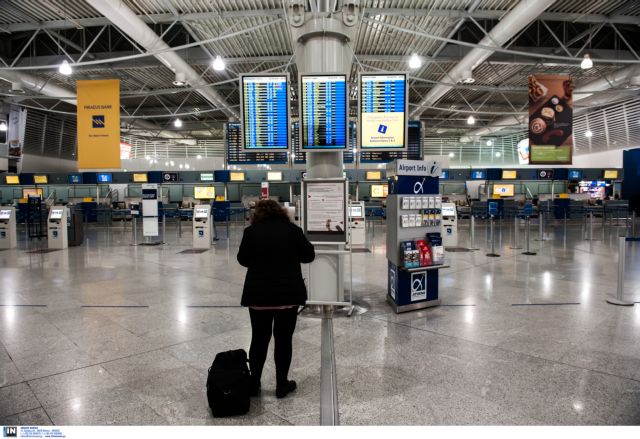 The Alternate Minister of Infrastructure, Transport and Networks Christos Spirtzis has agreed to meet with the Civil Aviation Authority employee federation (OSYPA), in an effort to find a solution so that the 48-hour strike is averted.

The Minister and OSYPA president Vasilis Alevizopoulos had a brief televised discussion on SKAI, where they appeared conciliatory. Mr. Spirtzis conceded that the employees are in the right and vowed to address concerns regarding airport maintenance.

Earlier on Friday morning the governing board of the Civil Aviation Authority employee federation (OSYPA) debated the 48-hour strike for Sunday 31st of May and Monday 1st of June and which was announced on Thursday.

OSYPA’s clash with the Ministry of Infrastructure escalated and as a result, the OSYPA representatives decided not to attend a meeting on Thursday with the Alternate Minister of Infrastructure, Transport and Networks Christos Spirtzis.

The Civil Aviation Authority have reported that they will carry on with their strike as planned and demand an immediate meeting with the Minister of Economy, Infrastructure, Shipping and Tourism Giorgos Stathakis in order to find a solution for the serious problems.

On Thursday OSYPA president Vasilis Alevizopoulos told Vima 99.5 FM that the regional airports in Greece face problems, many of which affect airport security. He specifically mentioned the serious problems affecting the operation of the airports in Mytilene and Rhodes. Alternate Minister Spirtzis later refuted these allegations, accusing Mr. Alevizopoulos of alarmism.

Employees denounced the Alternate Minister for “choosing the path of pointless and futile conflict with his media intervention, where he accused Civil Aviation Authority employees of ‘alarmists’, ‘daydreamers’ and going beyond their institutional role”.