Varoufakis: “Without reforms, Greece is going to sink”

The Ministry of Finances Yanis Varoufakis warned that without reforms, Greece is in danger of ‘sinking’, from the stand of an… 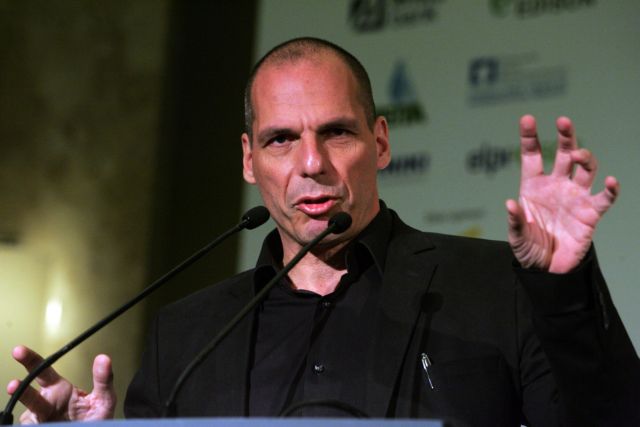 The Ministry of Finances Yanis Varoufakis warned that without reforms, Greece is in danger of ‘sinking’, from the stand of an Economist-sponsored conference in Athens, but was quick to add though that stressing over the next loan payment will not bring an agreement that will being relief to the market.

Mr. Varoufakis explained that after five years of implementation, the bailout program has failed, but argued that administrative reform in Greece was necessary as the State is “public enemy number one” for businesses. The overall goal of reforms should be to help Greece overcome the crisis, stressing that slashing pensions and increasing VAT rates may not improve the situation.

According to the Finance Minister, the negotiations between Greece and the creditors are being prolonged, not so much over disagreements on individual issues, bur rather because the solution must help the country overcome the impasse and break free from the ‘austerity trap’. As such, he noted that privatizations are necessary, but at the same time underlined that public assets must not be sold off.

The ECB has bonds worth billion euros, which it acquired via the SMP program and mature in July. Although Mr. Varoufakis stated that a ‘haircut’ of these bonds was not possible, he asserted that a solution for the payment of SMPs is necessary, so that Greece can participate in the ECB’s quantitative easing program.

When asked about the possibility of changes to the VAT rates, the Finance Minister reassured that no changes would be introduced before the end of the summer and estimated that changes will be implemented in September. He also commented that he “wished we had the drachma and had not joined the monetary union, but since we joined, we cannot leave without a catastrophe”.