Voutsis: “They are turning us into a mass transit theater for Syrian refugees” 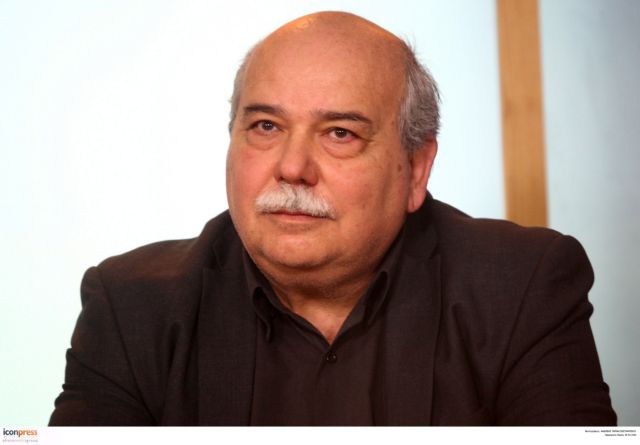 The Minister of Interior Nikos Voutsis was highly critical of the migration policy observed by northern European countries, arguing that “they want to turn our country into a theater of mass transit for hundreds of thousands of refugees from Syria”.

Mr. Voutsis stressed that the refugee waves from Syria are increasing, with a 130% surge documented in the first three months. Mr. Voutsis did not rule out an even greater increase. According to the Minister, there are about 2.5 million refugees in Turkey, 1.2 million in Jordan and a total of 4.5 million of Mediterranean shores, who are trying to make it over to Europe.

The Interior Minister favored introducing “fast track” procedures and granting the refugees three-month residence permits, so that they may visit the countries they desire. He was also critical of the previous government, accusing it for ignoring 90 million euros of EU funds for migration services and not creating any of the 2,500 jobs in hospitality that it had announced.

Meanwhile, the general director of Frontex Fabrice Leggeri will visit Greece on Thursday, 16th of April, for a series of meetings with government officials. Mr. Leggeri will also visit areas experience problems due to the increased migration, such as islands in the Eastern Aegean. Union representatives of the Greek Coast Guard claim that Frontex has turned into a bureaucratic entity and is not providing any substantial assistance, despite migration to Greece having increased threefold in 2015

The unions also claim that their European partners are “sympathetic” but only because through EU treaties and agreements they have ensured that migrants will remain in their first country of entry into the EU. The vast majority of migrants and refugees arriving in Greece intend to move on to other European countries, where conditions are better for them.