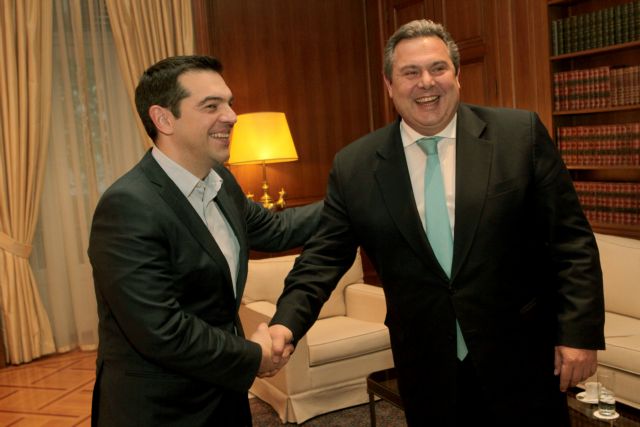 A recent survey carried out by the University of Macedonia for SKAI shows that the approval rating for Alexis Tsipras and Panos Kammenos is on the rise, with 55.5% of respondents supporting their negotiation efforts.

Additionally, the survey shows that the Prime Minister had a 69.5% approval rating, compared to 42% in the previous, while the Minister of National Defense received a 35% rating.

The respondents were asked between the 16th and 17th of March about what feelings are cased by the possibility of Greece leaving the euro 43.5% answered “fear”, 14.5% “hope”, 26% “no emotion” since “nothing will change” and 16% answered that there was no such possibility.

Finally, about 56% had a “bad impression” over the recent scandal involving the Alternate Minister of Administrative Reform Giorgos Katrougalos, which was brought to light by To Vima.