The president of the Democratic Left Fotis Kouvelis criticized New Democracy and SYRIZA, while stressing that the country… 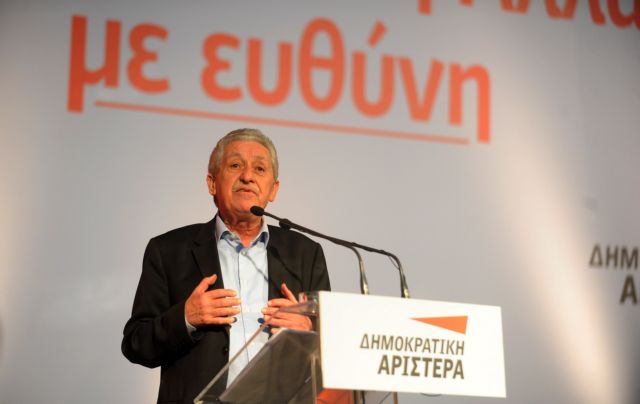 The president of the Democratic Left Fotis Kouvelis criticized New Democracy and SYRIZA, while stressing that the country and people’s interests demand a change of implemented policies.

Mr. Kouvelis argued that the country was being harmed by the election campaign period’s “artificial polarization” and accused New Democracy of “unacceptable fearmongering” by claiming that the country’s participation in the Eurozone depends on it remaining in power.

At the same time, Mr. Kouvelis underlined that the main opposition party SYRIZA is vague in its proclamations and does not believe that it can guarantee political stability.

The DIMAR leader believes that a realistic and reliable political is necessary in order to negotiate a new deal with Greece’s creditors and partners, focused on democratic reforms in the economy and the transition to a new growth, production and consumption model, with respect to social justice and the environment.