Gabriel: “Germany wants Greece to reimain within in the Eurozone” 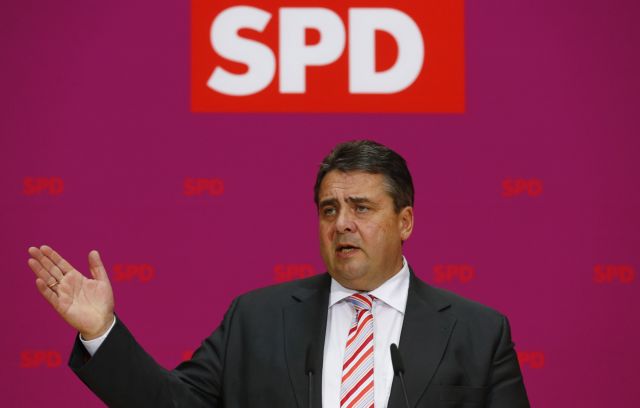 The German Vice Chancellor and Economic Affairs Minister Sigmar Gabriel has stated that Germany wants Greece to remain with the Eurozone, adding that the Eurozone expects that the agreements are implemented, in a recent interview to the Hanoversche Allgemeine Zeitung.

The SDP chairman gave the interview in response to an article in Der Spiegel, which alleged that the German government is making preparations for a potential departure of Greece from the Eurozone. Mr. Gabriel stressed that there are no such preparations and repeated his call for the Greek government to uphold its commitments.

The Spiegel report has understandably caused major reactions within Germany, with CDU’s Christian Bäumler warning that, in the event of a departure from the Euro, Greece will be unable to pay its debts, which will then burden Germany.

In response, the SPD criticized the rumors and accused the conservative elements of the German coalition government for the leak in the Spiegel article. The German left party Die Linke accused Chancellor Merkel of attempting to destabilize Greece ahead of the critical general elections by resorting to such a public extortion.

Meanwhile a report in the Die Welt newspaper claims that Greece has the advantage over Germany, arguing that a new debt haircut is more likely than ever. The report points out that a Grexit is “inevitable” in case SYRIZA comes first in the elections and reduced the austerity as promised.

As such, the German government is indirectly involved in the Greek domestic affairs, which will further support SYRIZA’s cause, while potentially leading to a bank run and further alienating the Greek political elite, which may then increase the pressure on Europe.