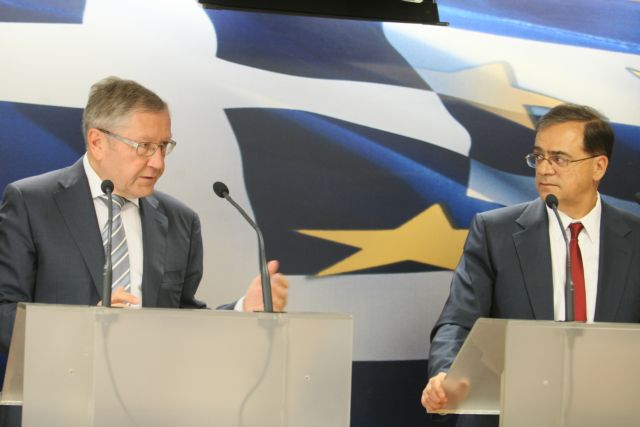 The coalition government recently passed a bill which included provisions to allow debtors to pay back what they owe in up to 100 installments. While there has been some skepticism as to the effectiveness of the measure, it was generally praised as it would help many struggling businesses and tax payers settle their debts.

The troika further demands the coalition government revises its plans for bad loans (which is based on the 100 installments settlement) as it estimates it will raise the budget deficit of 2015 to 2.5 billion euros. The Ministry of Finances on the hand has rejected the possibility of taking back the settlement and claims that the budget deficit will be less than 1 billion euros.

Mr. Regling added further fuel to the flames in a Sunday interview to Cypriot newspaper Politis, where he stressed that the precautionary credit line that the coalition government has been discussing demands the completion of the Greek rescue program.

Should an agreement not be reached by the end of the year though then Greece may be forced to return the 11 billion euros in the HFSF and will also not be collecting a further 1.8 billion euros from the EFSF.

Sources from the Ministry of Finances told To Vima that a deal will be reached in time, while clarifying that it was “expected” that the pressure would mount, as the negotiations are reaching a conclusion.