Samaras: “This Parliament will elect a new President” 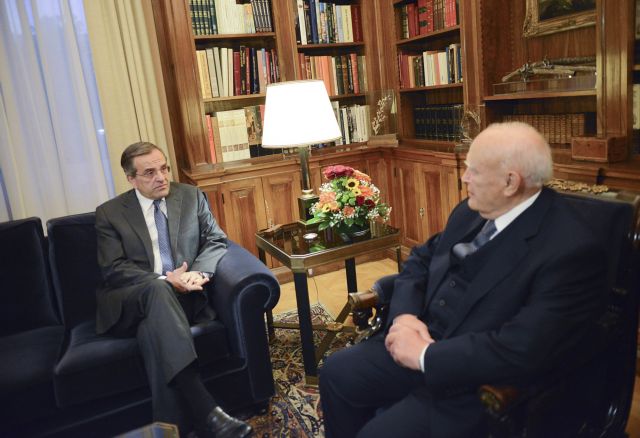 On his way out of the Presidential Hall, Mr. Samaras told journalists that “Mr. Tsipras asked for early elections once again. What the people do not want and what the foreign markets fear. I have the opportunity to restate that there will be no early elections, because I deeply believe that the Greek MPs, will responsibly elect a new President in February. We have come a long, very long way to blow everything up”.

As during his meeting with SYRIZA leader Alexis Tsipras earlier in the day, Mr. Papoulias urged the Prime Minister to pursue a minimum political consensus “in order to stand united against everything that is coming like an avalanche”. Mr. Samaras responded that he agreed completely. The Prime Minister updated the President on domestic and international affairs, including the negotiations with Cyprus and Egypt.