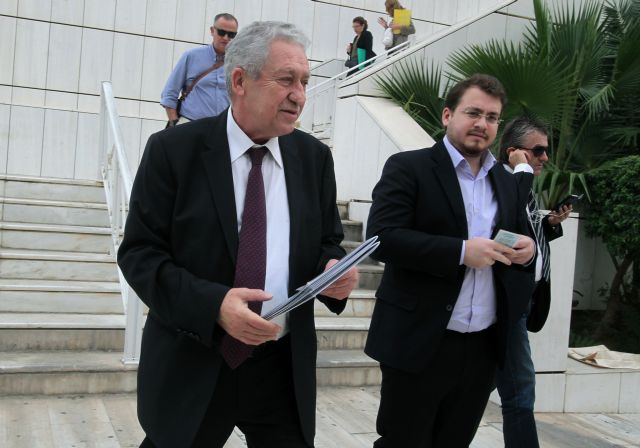 Democratic Left leader Fotis Kouvelis has commented that it is “inconceivable that a Greek MP would decide upon the President based on financial rewards or favors”, after being summoned to testify by the prosecutor.

Mr. Kouvelis stressed that he has no information regarding efforts to bribe MPs in the upcoming election for President and stressed that “the particular procedure is causing artificial tension, which is disturbing the operation of democracy”.

The DIMAR leader however added that “part of the political system is tied down to serving the financial interests of specific organized groups; they are political space planners”.

The former president of Synaspismos (the party that developed into SYRIZA) Nikos Konstantopoulos, along with ANEL leader Panos Kammenos and Parliament Vice President Yannis Dragasakis have been summoned to testify on Monday.

So far, the editor of the Kontra News Emilios Litsos – the newspaper which alleged that MPs were going to be bribed in the upcoming Presidential elections – and SYRIZA officers Panos Skourletis and Nikos Pappas have testified on the case.