Artist Kostas Paniaras passes away at the age of 80 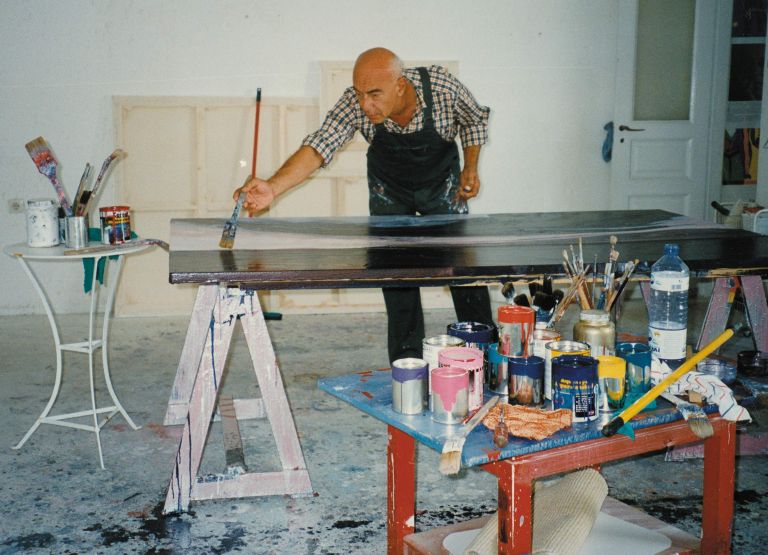 One of the most highly-regarded post-war artists, Kostas Paniaras, passed away at the age of 80. Paniaras, who had been…

One of the most highly-regarded post-war artists, Kostas Paniaras, passed away at the age of 80. Paniaras, who had been referred to as an “art upsetter”, was born in 1934 in Kiato and studied under Yannis Moralis at the Athens School of Fine Arts, before continuing his studies in Paris.

He presented his first art exhibition in Athens in 1956 and would later present his work in groups both domestically and abroad. Paniaras had also collaborated on a number of exhibitions with Alexandros Iolas. The artist spent about 20 years in Paris, until 1975, before traveling intermittently to New York, Persia and the Far East, before returning to Greece.

The National Gallery notes that colors were dominated in Paniaras’ compositions, while his use of corrugated plastic on large surfaces gave his work a relief texture, breaking away from tradition. The artist became known for his use of color in sculptures, with his artistic interventions in the form of classic works prompting new interpretations.

In a 2010 interview to Athens Voice Paniaras argued that “knowledge gained from art instantly becomes useless” and stressed the necessarily of art. The artist likened the closure of bookstores, galleries and theaters as a “small social void”.