The Police publicized four recent photographs of Panagiota “Paula” Roupa, the partner of Nikos Maziotis, which were taken by a… 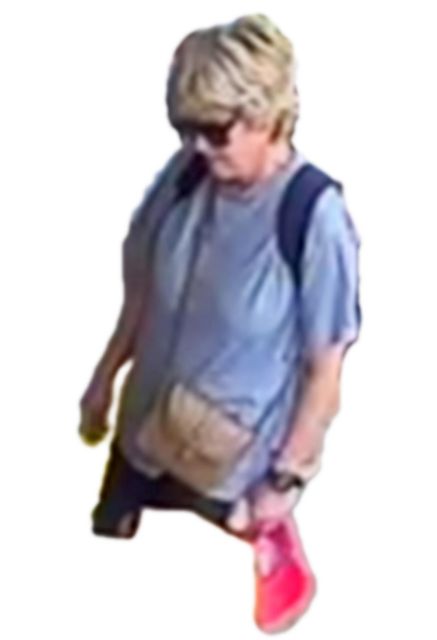 The Police publicized four recent photographs of Panagiota “Paula” Roupa, the partner of Nikos Maziotis, which were taken by a closed-camera television network. The police also suspect that Roupa may be armed, as a pistol holster was recovered from the apartment she resided in Marousi.

In the photos Roupa appears slim, with blond-dyed hair and sun glasses. She is believed to have taken a laptop with notes and declarations regarding the Revolutionary Struggle’s actions and future plans.

With Roupa still at large with her child, Police suspect she may hand it over to a person she trusts before surrendering herself to authorities. Another possibility suggests that she wish to carry out a reprisal attack to send authorities a message that the Revolutionary Struggle will carry on even after Maziotis’ arrest.

The investigations for a Hyundai Accent that Maziotis bought under the assumed name of Michalis Michelakis are currently focused in central and suburban areas in Attica, as well as in the areas around Kiato and Akrata in Corinth.

The sister of Panagiota Roupa, Christina Roupa, published a letter in the Eleftheria newspaper of Kalamata, complaining of police harassment after Maziotis’ arrest. In her letter she argues that she and her mother have suffered a “brutal rape of our personality by the state’s repressive mechanisms”.

According to Roupa, the police broke down her front door to investigate her home and after not finding anything related to any illegal activities, police officers have regularly and provocatively visited them, while an officer is constantly outside the apartment building. Roupa warns that she «will not put up with the fascist attitudes” and will resort to legal action, noting that the health of her mother has been affected.