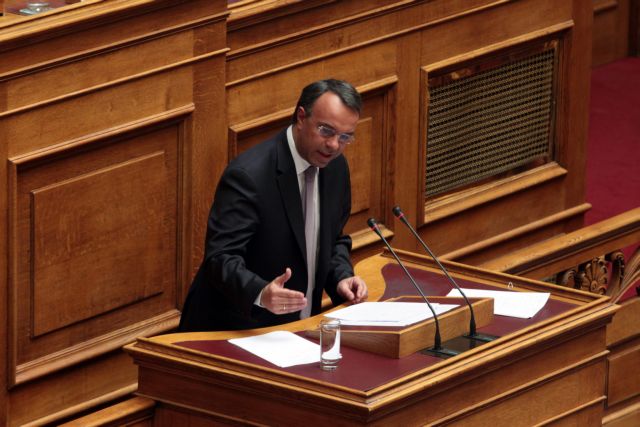 The Deputy Minister of Finances Christos Staikouras revealed that the government will restore the wages and pensions of uniformed officers as soon as the relevant legislation has been drafted.

According to the State Treasury the fiscal cost of retroactively restoring the wages of military, police, fire brigade and coast guard officers is estimated to be 420 million euros, while an additional 70 million euros will be needed to cover promotions and a further 130 million euros to rectify pension cuts.

Meanwhile a bill regarding financial management and supervision that was passed prompted SYRIZA’s Panagiotis Lafazanis to accuse the Ministry of Finances of “signing the death certificate of Parliament and Democracy” in relation to the Financial Council’s staffing process and operations.

Mr. Staikouras responded that twelve EU members have adopted similar legislation and argued that the selection process of the council members is transparent and designed to exclude MPs, MEPs and government officers for four years after their term has ended.