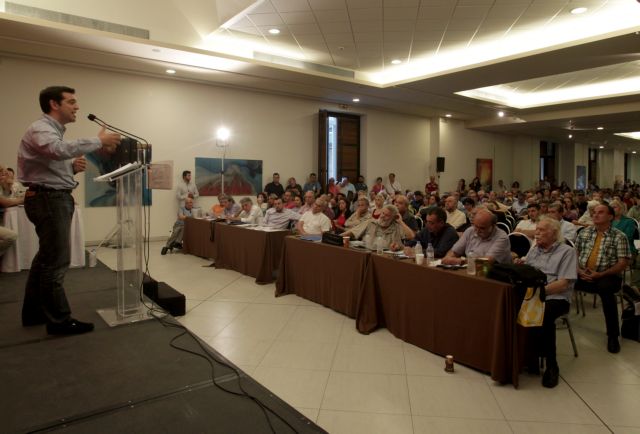 The central committee of the main opposition party SYRIZA held a vote on Sunday regarding the political alliances that the party will pursue in event of general elections, with the majority favoring forming alliances with center left parties.

The Left Platform, spearheaded by Panagiotis Lafazanis, objected to the prospect and argued that SYRIZA must confront the center left prties that have supported the bailout and austerity policies in Parliament.

Mr. Lafazanis stressed that SYRIZA did not grow from 4% to 27% “by bowing down to the center left and modernization” and urged pursuing a more open program “without silences, gaps and boundaries”.

Later during the proceedings Nikos Voutsis responded to Mr. Lafazanis by favoring “propulsive compromises” and stressing that SYRIZA’s influence grew in 2010 when it became more inclusive, while citing the recent electoral results from May.