Tsipras: “We achieved our political goal in the first round” 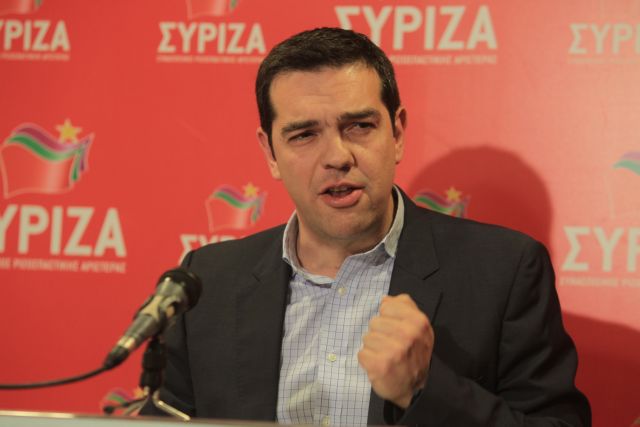 The president of SYRIZA and candidate for the presidency of the European Commission Alexis Tsipras claimed that his party achieved its political goal, in reference to the outcome of the first round of local government elections on Sunday.

According to the interview Mr. Tsipras gave to the Efimerida ton Syntakton newspaper, the results demonstrated a “condemnation of austerity and the bailouts by local government” and argued that German Chancellor Angela Merkel “will be happy if New Democracy endures”.

Mr. Tsipras added that in the upcoming vote for European Parliament the people will have to choose between his party and “the Merkelists”.

The SYRIZA leader commented on the revelations regarding the November 2011 meetings in Cannes, claiming that “technocrats, bureaucrats and non-institutional centers” collude with Greek authorities to save the banks and the markets at the expense of the Greek people.