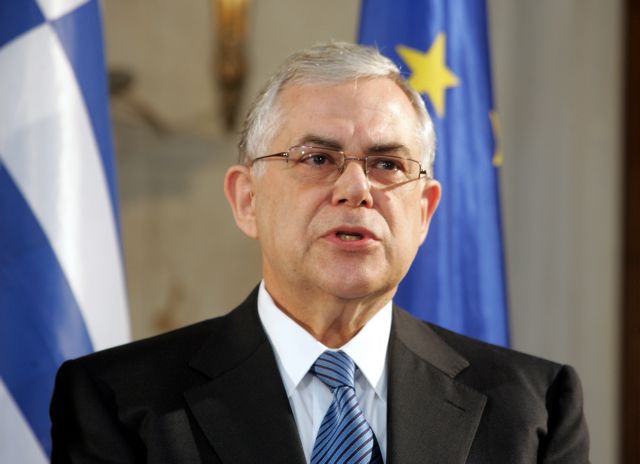 The former Prime Minister and central banker Lucas Papadimos gave a speech at a conference on growth and employment in Europe which was held at the Athens Music Hall on Monday, where he expressed the opinion that fiscal and political unification in the Eurozone is paramount.

In his speech Mr. Papadimos argued that all policies which were implemented after the crisis broke out in Europe must be reevaluated. Despite the significant progress, he warned, the crisis has not been overcome yet, particularly when growth and employment rates are as disappointing, as they continue to create huge inequalities and imbalances amongst member states.

Mr. Papadimos referred to structural weaknesses of the EU which interfere with the recovery, adding that the accumulation of debt in the south and the capital needs in the banking sector are essentially blocking the necessary actions that could help reinvigorate the market and financial activity. The former PM cited the fiscal imbalances that stifle internal demand and banks depriving the real market of funding.

While “the worst is over”, Mr. Papadimos noted that the crippling rates of unemployment and growth pose a serious risk to the Eurozone and called for necessary actions «to relieve the European South, until the reforms implemented in previous years begin to pay off”. As such, the former PM believes that European leaders must expedite financial unification. The problem, according to the former PM, is that the leaders pay greater attention to public opinion.

The Nobel laureate and professor of Finances at the London School of Economics Christoforos Pissaridis argued against the policies that prevailed after the onset of the crisis in Europe. Mr. Pissaridis stressed that the German policy of austerity and refusal to increase inflation in the stronger economies in order to support the troubled South were steps in the “wrong direction”.

Mr. Pissaridis opined that austerity policies merely create a vicious cycle in the economy and favored more aggressive actions from the ECB, disputing Mr. Papadimos’ claim that the ECB “did all that it could”. The Nobel laureate pointed out that the ECB must implement policies that affect the Eurozone as a whole and proposed a more centralized management of tax revenue, in order to make funds available where they are truly needed.